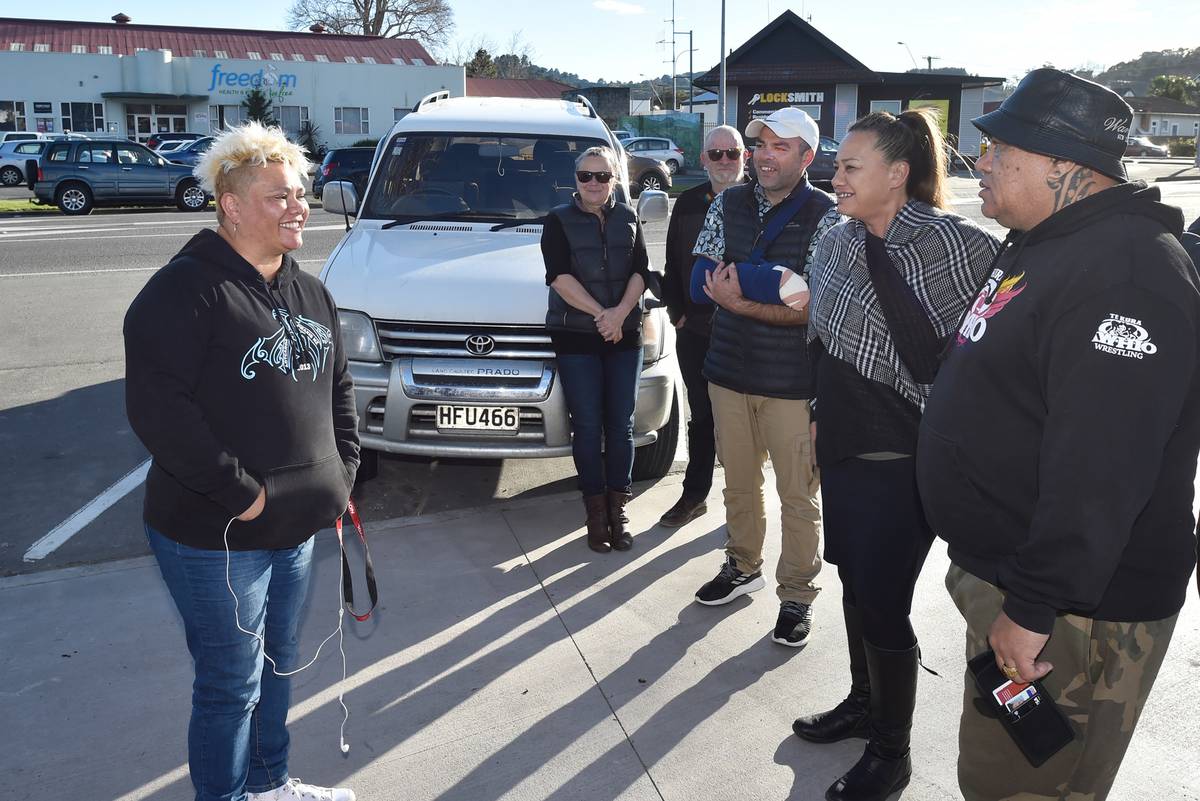 The district councilor of Gisborne claimed to have said that "not enough" local Māori were killed by the crew of the Endeavor, denied making the remark and says that his colleague is trying to discredit him.

The District Council of Gisborne today held an extraordinary meeting to review a decision to revise the code of conduct last week in the alleged remarks, in which the findings and the names of the councilors involved were kept out of the public.

The trial was initiated after councilor Meredith-Akuhata Brown claimed that she heard a colleague say that not enough Māori were killed by members of the Endeavor team in 1769.

At today's meeting, some council members expressed the view that the board should go ahead and release the board's report, despite being threatened with a defamation action if the name of the councilor was released.

During the meeting, Counselor Bill Burdett accidentally called the board member in question when he asked: "Are we as board Malcolm to go to dry?"

Deputy Mayor Rehette Stoltz then said: "You just said the name – just let it slip away."

Counselor Malcolm MacLean confirmed this afternoon Herald he was the person who threatened the remark and the slander.

He denied saying "not enough" Māori were killed.

"My very comment was: Lucky was not killed anymore with what confronted them & # 39 ;.

"This comment was made during a lunch break in a very mumbled private conversation.

"It is clear that Akuhata-Brown thinks she has heard what has been said, but I know what I said.

He said on August 9 that he had apologized to Akuhata-Brown and said, "If what I said was hurtful to you, I offer my sincere apologies for that suffering."

"She accepted that apology and thanked me for her," said MacLean.

"I also wounded because someone said something that I never said.

"I have no doubt that she tries to discredit me as an alderman and the work I do in the community.

"I will continue to serve the district to my best."

At today's meeting, Akuhata-Brown said that she kept her remarks and did not accept the apology of the city councilor, which was done during a meeting between them and Stoltz.

"I believed when it was offered it was a recognition, made an apology for the abusive comments, but that apology was underhanded."

She also realized that she should have expressed herself when she heard the comment from another local councilor.

She had not spoken about the report at the last meeting because she was aware of the process that the council had gone through and felt bound by it.

She was in tears when she came to the parking lot after the last meeting, and a racist e-mail she received pushed her in the direction of speaking again.

"[The email] said New Zealand would be better off if all Māori were dead.

"We still have people who still hold on to such strong, colonial views around Māori."

Despite the review process of the Code of Conduct, she believed she had the right to give her opinion.

"It is a matter of general interest, like all generations, change will not happen unless we take a position now.

"I am here because I am tired, I have spent five years in this institution, I like the opportunity to be part of a conversation about this region, but I can no longer sit there and let such misconceptions pass by.

"I think it's very important that I now stand for the future of my children and their children."

She had heard comments again and again "in this place" that were detrimental to Māori's well-being.

"I will not say these comments to our people, who are still struggling.

"I am not willing to make those comments a" throw away. "This is our time to stand up and say that racism will not be part of this council.

"I am a real Kiwi, I was born here and I believe that I am the person who has to promote this."

Stoltz, who chaired the review committee, said she had been subjected to racial violence after the original decision of the council not to release the report, which the council member would call.

The Board has today decided to convene an extraordinary meeting tomorrow, during which a motion will be published to release and probably carry the minutes of the previous meeting including the review board's report.

The minutes would contain the name of the councilor that Akuhata-Brown said made the comment.