Napier police chase ends with a crash and three injuries 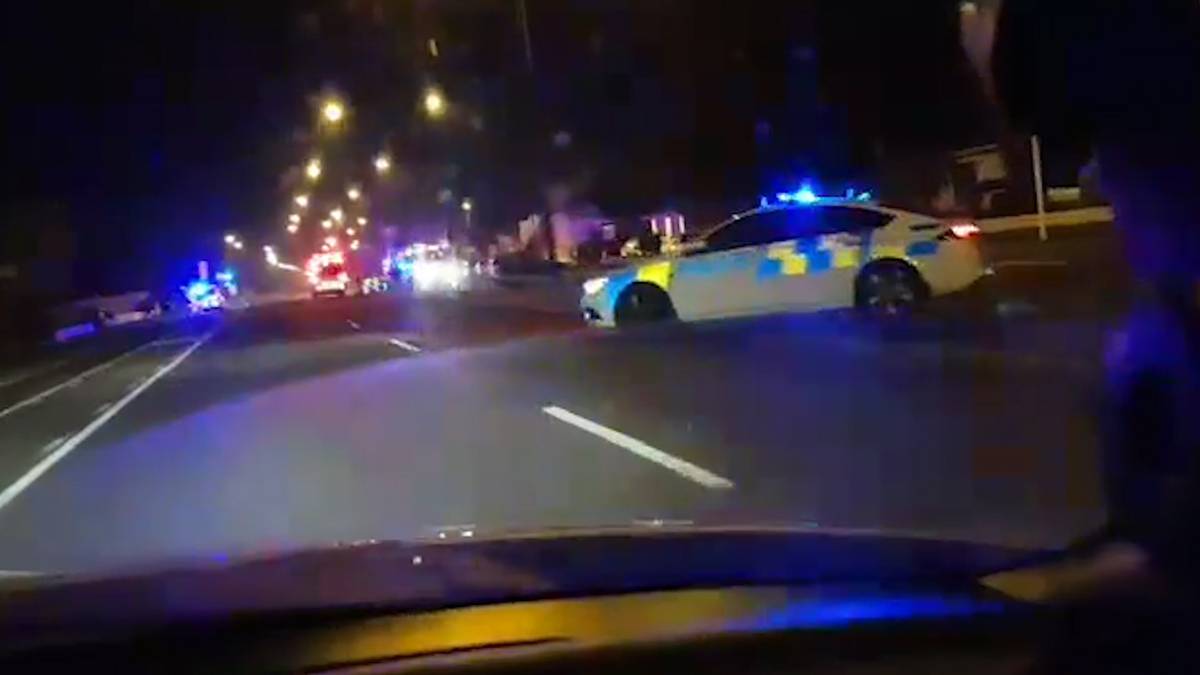 Two men and one woman were injured when a fleeing driver refused to stop in front of the police and crashed in Napier this morning.

In earlier reports, Senior Sergeant Dan Foley said that a motorist refused to stop and that they later rolled around 12:30 at the intersection of the Kennedy and Riverbend roads.

It is clear that the two men were in a stable condition and the female was discharged from the hospital.

Local truck driver Tony Alexander recorded video images of emergency services on the spot. He said it did not take long, after he was almost "taken out of the boat" a few minutes earlier by the fleeing driver.

"I first heard the chase as I was unloading my truck.

"When I went home, I stopped on the Taradale road before going into the highway.

"I checked a local facebook page where someone noticed that they had entered the highway to Napier, so when I got to the crossroads, I stopped again and saw a car with two police vehicles coming after me on the wrong side of the road."

He said the pursuit, which lasted about 15 minutes, then went over Taradale Road in the direction of Greenmeadows.

"I doubled back when someone said that the vehicle crashed on the Kennedy road, where the video was obtained."