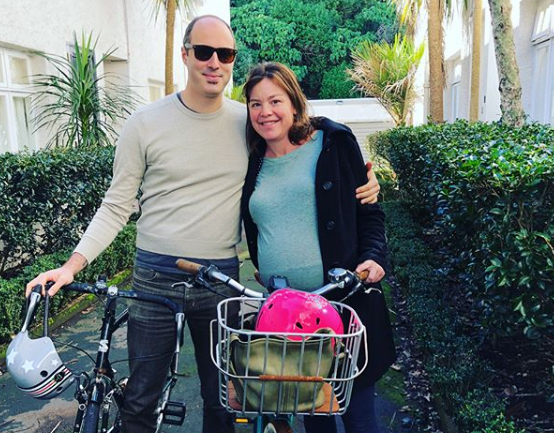 New Zealand minister for women has cycled to the hospital to give birth to her first child.

Julie Anne Genter, a Green Party politician, said she went on a bike because there was not enough space in the car.

The 38-year-old – who was 42 weeks pregnant – shared photo's of her "beautiful Sunday morning" ride to the hospital in Auckland with her partner.

Ms Genter, minister for women and minister of health and transport, is a strong supporter of cycling.

"This is it, wish our luck! (My partner and I cycled because there was not enough space in the car for the support team … but it also brought me in the best possible mood!)" She wrote on Instagram.

She said that the journey was "mostly downhill" and she used an electric bike, but joked: "Probably the last few weeks had to cycle more to get the labor going!"

This comes a few weeks after the Prime Minister of New Zealand, Jacinda Ardern, returned to parliament after her daughter Neve was born.

In June, Ardern became the second world leader to give birth in the office – six weeks of parental leave from work.

When she returned to work, she noticed that she had "very, very good luck" and was in a "privileged" situation compared to most women in New Zealand.

Both her and Mrs. Genter – who also plans to take three months of parental leave – attended the public Auckland City Hospital.

Earlier in August, Ms Genter said she was "40 weeks + 4 days" pregnant and "still waiting" to give birth to Instagram.

She has used her role as New Zealand&#39;s associate transport minister to push for more people to cycle and even announced her pregnancy by saying she and her partner, Peter Nunns, would need to get new seats for their bikes.

Benazir Bhutto, then Pakistan’s prime minister, became the first world leader to give birth in office when she had her second child in 1990.

Ms Ardern announced she was pregnant in January – saying she would be both “prime minister and a mum”.

Ms Genter, who was born in Minnesota and studied at the University of California, Berkeley, joined the Green Party as a volunteer just after migrating to the Australasian country in 2006.

The axis between politics and pregnancy has gained increasing attention in recent years. Australia changed its rules in 2016 to permit lawmakers to breastfeed and bottle-feed while in the chamber of the House of Representatives.

Swedish and Italian members of the European Parliament have voted while holding their babies.