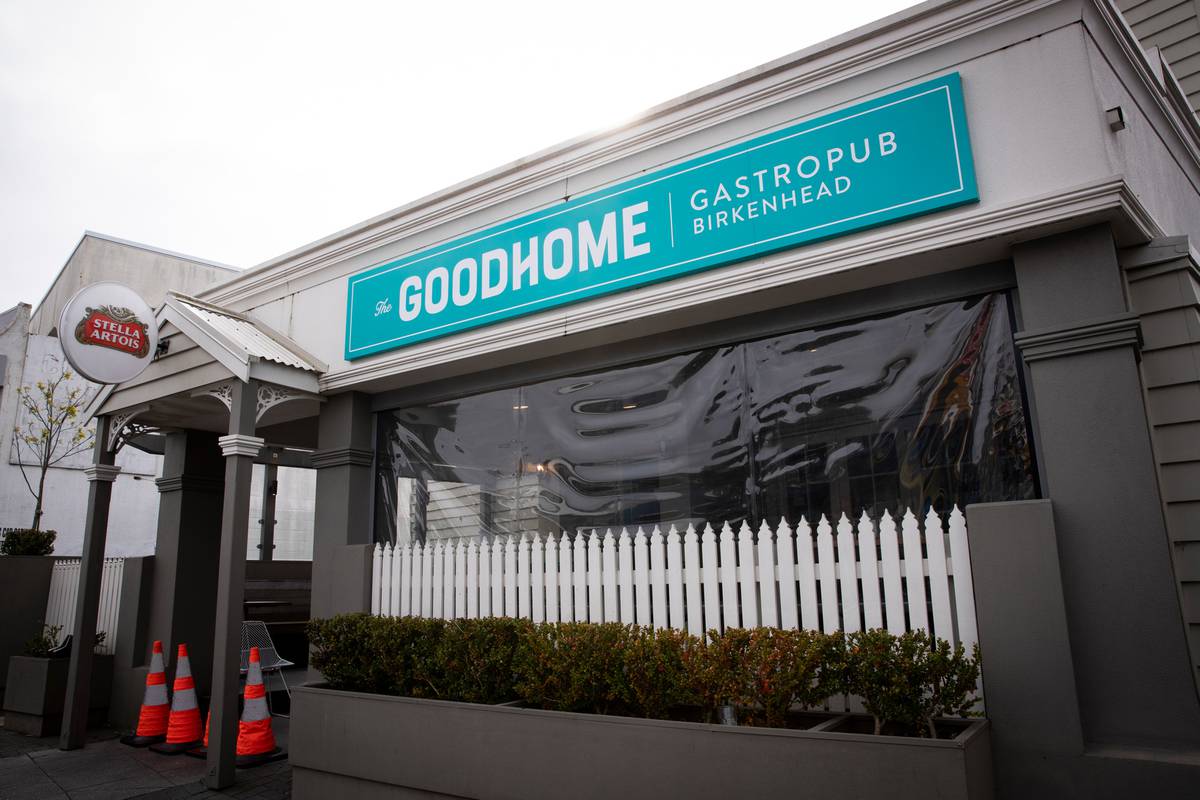 The police reinforce their presence on the North Shore after a "frightening" and "brutal" aggravated robbery in a packed pub.

On Saturday after the All Blacks game ended around 9:45 PM, two masked men dressed in black, one with a shotgun, went to the Gastronome Good Home in Birkenhead, witnesses said.

A perpetrator hit a patron with the butt of the pistol, pointed at the staff and fired shots into the ceiling before the pair flew off the bar in a white Subaru with stolen money. The car was later recovered by the police.

It was the third armed robbery of a North Shore pub this year, after similar incidents in the Mad Dogs and Englishmen pub and another in the Good Home in January. In all three incidents, two masked men were involved, at least one of whom had a firearm.

There were two other armed robberies on the North Shore that went back to June last year when a solitary shooter robbed Postman's Leg's sports bar, and another deprived Vino in October.

North Shore acting area commander inspector Kevin McNaughton said at this stage there was no information suggesting that any of the incidents were linked.

"However, we keep ourselves open."

Witnesses to the Saturday incident said that the men looked like they knew what they were doing.

A man who tried to get hold of the armed man was beaten in his face.

The perpetrator then fired warning shots into the ceiling.

Another said that people were hiding for their lives under the tables.

"Everyone in the bar shouted and yelled, I thought someone would be killed."

McNaughton said the police were "very concerned" about these kinds of violations.

"This incident would have been incredibly frightening for those members of the public who were in the bar at that time.

"The police are clearly very concerned about these types of violations and the use of a firearm in such circumstances.

"It was completely unabashed and the lack of attention to the safety of the public is a huge concern for us."

The police continued their questions about Saturday's heavy theft, including investigating the wider area for camera images and speaking with witnesses, he said.

"Additional information has been collected to help us with this research and we will increase our visibility in Birkenhead and the wider North Shore area."

The bar is owned by the Birkenhead Licensing Trust, which redistributes profits to the community.

Trust vice-president Shane Prince said that the staff held up reasonably well given the "traumatic event".

The trust had victim support and counseling for the staff and those who were in the bar at the time of the robbery.

"Some have taken it up to now and I have done prosperity checks yesterday and will continue to do so," Prince said.

After closing yesterday for forensic testing, the pub was reopened today, but trustees were "worried" about the incident, the second armed robbery this year, Prince said.

"The trustees will meet to assess the incident to see if there are other measures that we can take."

He said he was not sure if the offenders of the theft had been caught in January, but it was too early to say if they were connected.

Employees were all trained for potential armed robberies, which "came out" well, Prince said.

"The staff remained calm and did what they were told."

He said that that message had to be conveyed to the general public after a patron tried to intervene.

"Although I can understand why he might want to do that, his actions were wrong.

"If someone swings a rifle around you, do not confront them, do exactly as they say, let the process go its way.

They did not know how much money had been stolen, but Prince said it was the community, not just the bar, but that it was the victim.

"It was not just the bar, but the community that was being deprived, and the bar returns go to the community, sports clubs and schools."

Anyone with information was urged to contact Waitematā District Crime Squad on 09 839 0697, Crimestoppers anonymous on 0800 555 111 or by sending a private message to the North Shore, Rodney and West Auckland Facebook page.