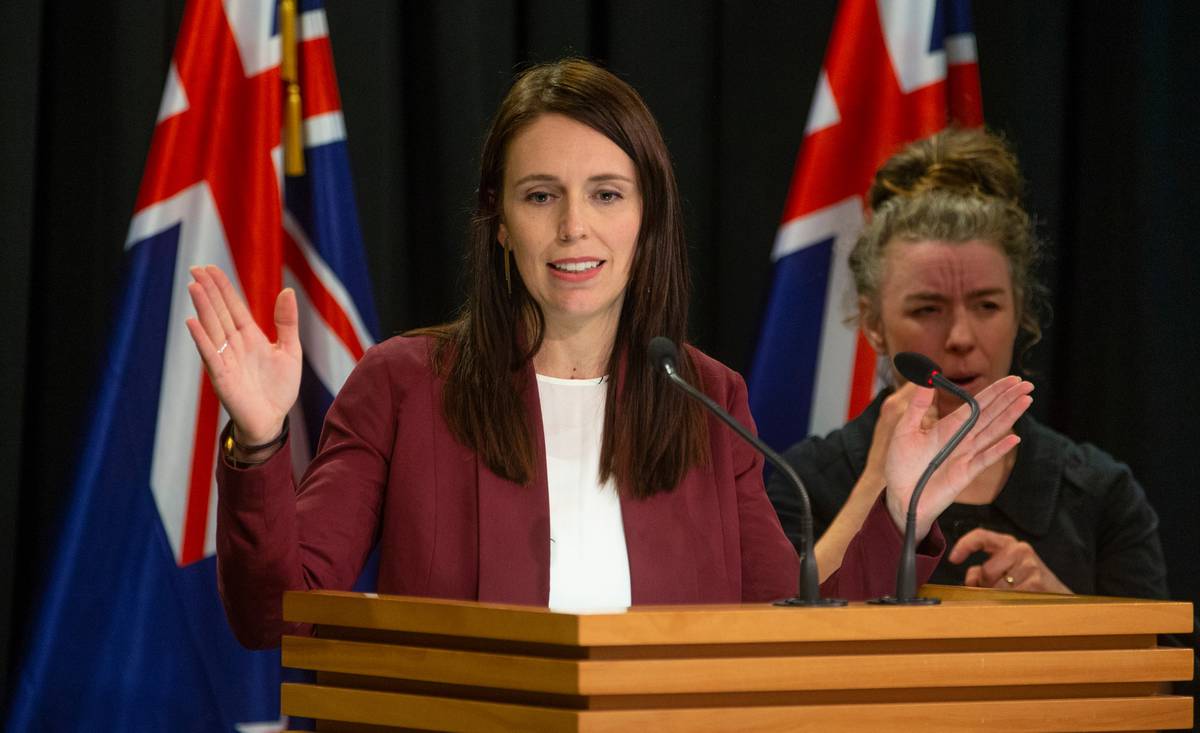 Premier Jacinda Ardern has been in business today, confronted the specter with declining confidence levels and announced a new advisory board chaired by Air New Zealand's boss, Christopher Luxon.

Ardern, speaking at a breakfast event in Westpac this morning, says a lanky business confidence: "was not the elephant in the room, it is a flashy big neon sign with gigantic lights and fireworks disappearing behind it".

The Prime Minister told the breakfast that she wanted to establish a closer relationship between the business community and the government and put together an advisory board that would "provide a free and fair advice at a high level" on important economic issues.

Luxon and the Ardern will determine the entire composition of the Board and the first work program in the coming weeks.

"The Council will provide a forum for business leaders to advise me and the government and to take the lead with us in some of the key reform areas the government is undertaking," Ardern said.

Ardern started her speech this morning with a low level of business confidence, which has dropped to a level that has not been seen since the global financial crisis.

"When you bring the trust of your company in line with the key economic performance measures of the last two governments, there seems to be a reverse relationship between the trust of companies and the actual performance of the economy", Ardern told the audience .

For example, the average scores of business confidence among the Clark / Cullen government were much lower than those of the key / English government, despite Clark and Cullen delivering higher average growth, lower unemployment, lower debt, larger surpluses and stronger wage growth than their successors , "she said.

Ardern said the Sixth Labor Government seemed to have inherited a similar "riddle."

"We have a strong surplus behind us, have the best international net investment position ever recorded, stable and low interest rates that have been foreseen for some time and which should fuel investment and the lowest unemployment rates in a decade," said the Prime Minister.

Ardern said it was wrong to paint the results of business group surveys as being "about party politics" and said that it was probably more about trust than trust.

"But security must not be confused with stasis and complacency, who are the enemy of progress, and in that respect the enemy of innovation," she said.

Ardern said the New Zealand economy was facing a number of global challenges and that the country had to confront them "in order to protect our prosperity in the long term."

"Skills shortages, lack of investment in the productive economy, a shallow national pool of capital, an infrastructure shortage, low productivity, building sustainable business practices in the aftermath of environmental degradation, and the challenges of what is generally the future of work can be called.

"Our choice when faced with these challenges is to do nothing, maintain the status quo and hope that it dissolves itself, or prepare us to increase our prosperity for future generations," Ardern said.

Ardern raised the ghost of the 1980s in the way New Zealand was caught by not moving fast enough to adapt to a changing world.

"It's time to reform our economy to make it work within the boundaries of our environment, to shape the hopes and aspirations of all our people, and to make our economic goal bigger than just profit," she said. .

"From Reserve Bank reform, where we set maximum sustainable employment as an objective, become active in the housing market, build modern transport infrastructure and set ambitious emission reduction targets – we are renovating the existing legislative and policy architecture to achieve this with the new code that our economy needs, "Ardern told the audience.

"These are all things that are needed for a new economy that is suitable for the 21st century".