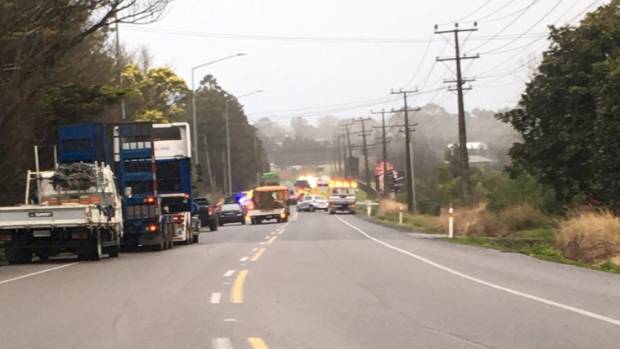 Motorists were led away from State Highway 16 after the crash on Tuesday afternoon.

State Highway 16 in Kumeū has reopened after a crash in which one person was trapped.

A spokeswoman for the police said the crash consisted of four vehicles on State Highway 16 at the intersection of Old Railway Rd and Taupaki Rd.

A St John spokesperson said that two patients had been transported to the Waitakere hospital in poor condition.

One witness said that the incident took place outside Phil Greig Strawberry Farm and she went outside to see what had happened after she heard a "bang."