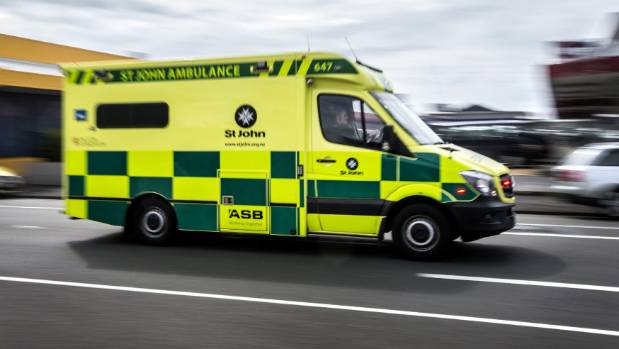 A 5-year-old has serious injuries and two 7-year-olds have moderate injuries after a crash in Invercargill. (File photo)

Three children were injured in a crash with Invercargill.

At the intersection of the Martin and Nelson streets in Invercargill, emergency services were called at 8 o'clock to a car versus bus accident on Wednesday.

The spokesperson for the holy media, Gerard Campbell, said that a 5-year-old was seriously injured and that two 7-year-olds had moderate injuries.

All three were taken to Southland Hospital, he said.

A spokesperson for the police said that a person was also trapped for a while, but there were no roadblocks.

A spokesman for Fire Brigade Emergency New Zealand said the crew of the Invercargill and Kingswell stations were present.