Tickets for departure from departure will be given the boat: no longer required from November 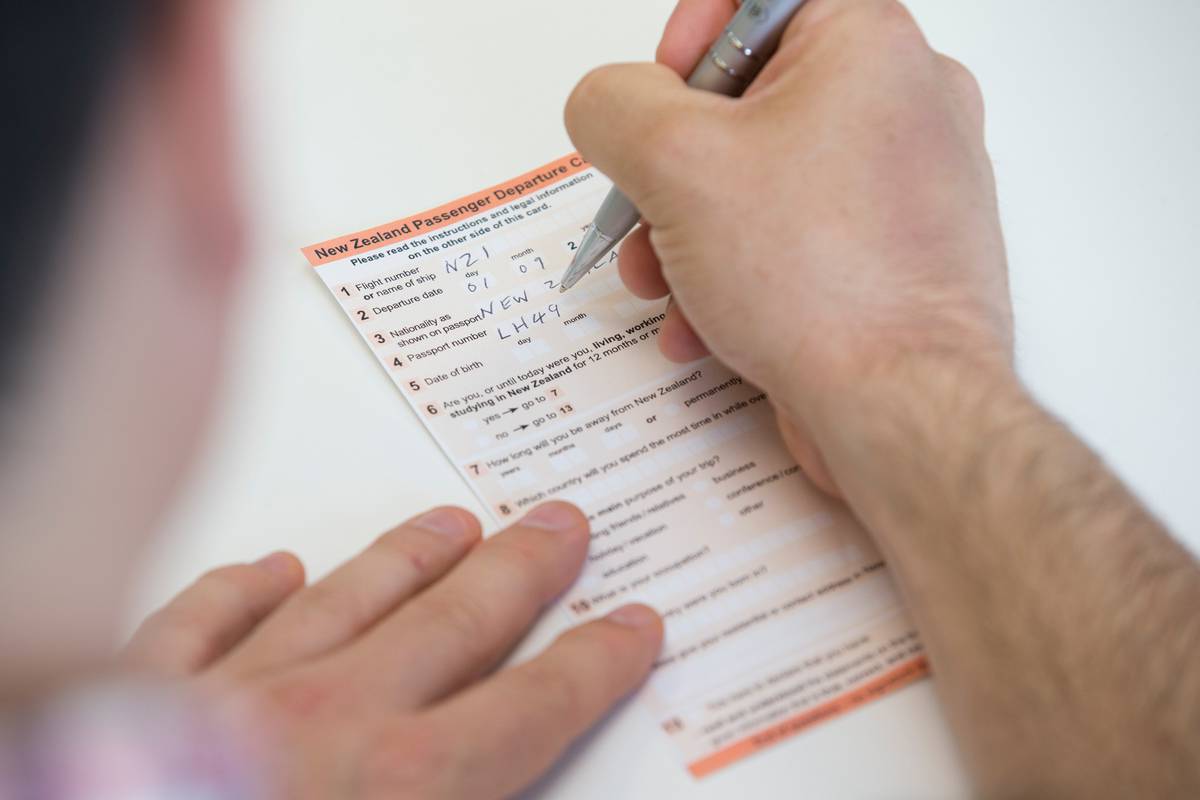 From November, travelers no longer have to fill in departure cards when they leave the country.

The exact maps for the departure of the date will be deleted, but this is not yet decided.

"The removal of departure maps will tie in with international best practices," according to Lees-Galloway. "This will improve the experience of all travelers departing from New Zealand, making a faster and smoother process possible before the busy holiday season.

"It will also save more than 100,000 hours currently spent by travelers making more than 6.5 million departure tickets per year."

Minister Meka Whaitiri of Customs said that the departure cards were no longer necessary for their original purpose, namely for passengers crossing the border.

"Information that is recorded with the departure maps is now mainly used for statistical purposes." Statistics NZ has developed an alternative way of producing migration and tourism statistics based on actual movements rather than the intentions indicated by the passengers on the departure maps. "

Australia has removed its departure cards last year. New Zealand is now one of only a handful of countries that still ask travelers to fill in such forms.

"This also brings us closer to a seamless journey between Australia and New Zealand for travelers and companies in Trans-Tasman, and travelers can travel on both sides of the Tasman without a departure card," says Lees Galloway.

Departure maps were introduced in New Zealand in April 1921, with 132 million cards completed since then.

Earlier in the year, Prime Minister Jacinda Ardern gave departure cards a & # 39; bugbear & # 39; when he spoke to a business audience in Sydney.

She made her comment in a speech for about 1000 business people and delegates from the Australia New Zealand Leadership Forum, which has long requested removal.

New Zealand and Australia are each other's largest tourist destination with 47,000 flights with 7 million passengers a year back and forth across the Tasman.

Officials are reportedly in the early stages of developing a way to remove arrival cards.