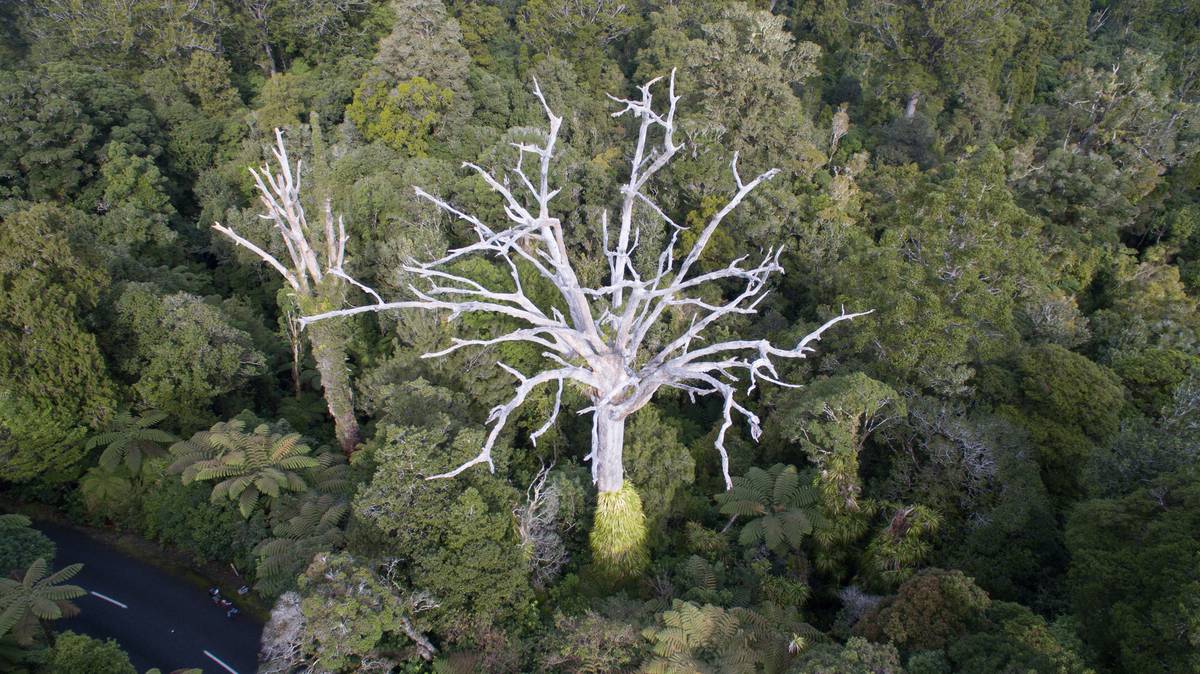 This week, the iwi with the largest, largest and most famous kauri trees in its roe went to publicity with the proposed kauri-dieback reaction plan.

In Roroa, the population of the Waipoua forest where the deadly disease is getting closer to the lord of the forest Tāne Mahuta and other respected giants, presented its long-term design plan at the Northland Regional Council meeting.

As far as kauri is concerned, there is no doubt that it has time or dies – and that is why the term "response plan" seems somewhat out of balance, since the disease poses a serious threat to Waipoua, as it does for other cowery growth areas, for almost 10 years.

But the arrival comes as a relief.

A phalanx of councilors, staff and visitors like the bosses of Northland Inc nodded, asked polite questions and offered support when Te Roroa's science adviser, Taoho Patuawa, talked about the proposed "stand-alone project" with an organizational structure that does not yet exist. existence, including governance, a coordinating role and activities on the ground.

The optimism – "we can do this" – and the glimmer of hope that even speaks about a plan of action is refreshing, but it does not take away from the serious situation that can be compared with stopping the tide, or rather the river.

Tāne Mahuta has the murderer pathogen Phytophthora agathidicida almost lapping at his feet. The disease is mainly distributed via water, whether it be mud on legs, hooves or boots, rainwater flows or power drainage.

Waipoua is special for Te Roroa, but not only for us, also for the rest of New Zealand. It is one of the most visited, iconic forests in the world and has been neglected.

Until recently, Täne Mahuta was in his own beautiful realm, his drinking source was not shared and not contaminated by sick kauri over a stream of 100 or more meters. But the pathogen transferred by water or soil has jumped over the creek and now a cowrie is only 60 meters from the most famous New Zealand tree.

"A bit of a worry," said the mild Patuawa in understatement.

Tāne is only one of thousands of kauri.

Te Roroa and DoC try to control the spread of the relapse and control thousands and thousands of visitors who use two tracks to get close to remarkable, possibly 2000-year-old, still healthy kauri. And they have to take care of the larger, 9000 hectare forest.

Take the problem with wild boar in the forest; there are herds of them in the forest and Te Roroa and Department of Conservation (DoC) have identified seven preferred "bullying" sites.

"It's a financing problem, we do not have the money," said Patuawa.

Nonetheless, the Kauri back-send response plan from Te Roroa includes a five-year program for the ultimate eradication of pigs from the Waipoua.

& # 39; Waipoua is special for Te Roroa, but not only for us, also for the rest of New Zealand.
"It is one of the most visited, iconic forests in the world, and it is neglected, the road through it needs work, there is no signage, a lack of parking, there are two toilets for all those who drive through it or stop, & # 39; said Patuawa.

It fell out in a moment of frustration, but it resonated.

The heads around the room sympathetically nodded to the position of the iwi.

But go further with something that can lead to Roroa, if enabled: The protection / management plan includes investigating and managing water flows and ground movements, having a SAP map of each tree and its condition, endless monitoring, the & # 39 closing the public tracks at night and increasing safety (yes, there are tree huggers out there), who invite international scientific research and strictness, practice rongoa (traditional plant cultivation) and consider rahui or ban people from certain areas.

An NRC council member asked who would pay for the scientific expertise. Would overseas researchers really be so interested, where are these people?

Google them. "Just put the name Tāne Mahuta down there, and then you'll see the interest, they'll come," said Patuawa.

Much more than a concept, not quite ready to fly, the plan is also not feasible at this stage because it requires a buy-in (read: financial support) from several other agencies and the Treaty of Waitangi partners, not least the ministry for primary industries (MPI).

Also on hand to hear the ins and outs of the plan during the NRC meeting were employees of Te Roroa & # 39; s Treaty of Waitangi partner and his close work partner, DoC.

Where MPI is in all of this, somebody muttered emphatically. Patuawa was either too polite or cautious to agree that the ministry seems to be lacking in action. He himself is in the MPI-led Kauri Dieback Management Committee whose momentum, he assured the media after the NRC meeting, accelerates. And his direction is being straightened, he assured the audience.

Many people came to the three Northland homes expecting a proactive plan to be rolled out because after all these years washing footwear, sticking to tracks, boardwalks are better than trails, no moving ground, no animals running around, etc. nice basic knowledge. In the event that nature conservationists, landowners, staff from local authorities, iwi, media and other interested parties were not entirely certain, this information was repeated during the meetings.

However, the public soon discovered that the meetings were part of a consultation round, and not that a Kauri dieback strategy was action-oriented, but a new draft of the National Kauri Dieback Management Plan.

The national team wanted to know whether interested parties, including the public, were doing well so far. If not, why not? What did people think of ideas for the model of the organization that would implement the plan to protect kauri?

And the new strategy would be ready, oh, a year.

No wonder Te Roroa wants to jump in and get his own management / reaction plan; it is no wonder that DoC walks that fine line between being a good partner for iwi, a good citizen and a good servant of the government.

And all this time, almost ten years, this invisible slayer of giants has continued his ruthless, deadly creep across one of the world's most notable rainforests.

It can kill all kauri, warns Forest & Bird
Kauri dieback is caused by a microscopic spore that attacks the roots and the trunk of the Kauri trees. It damages the tissue that transports nutrients and causes the trees to starve. That process can take many years, but the disease has no known cure and once a tree has been infected, it is doomed.

Forest & Bird warns that kauri-dying disease can kill all kauri and destroy the forest ecosystem that depends on it.

Forest & Bird has destroyed the Kauri Dieback national program and claims that it has been seriously mismanaged by the primary industry ministry. Forest & Bird wants to establish an independent, pan-representative agency for national pest control to manage the program.

It also wants the total closure of all public forests with infected kauri, unless they have traces that block the soil movement and adequate cleaning facilities.

Flandally owned or managed kauri forests are his only Northland, Matthews Reserve near Kaitaia. In July, DoC proposed a massive closure of maintenance-sensitive, high-risk and low visitor trails in kauri-growing regions, including Northland.

The Auckland Council has closed forest areas of the Waitåkere Ranges Regional Park and higher risk tracks in the Hunua Ranges regional park, with exceptions to both places where a Notice Area Notice is present. Kauri Park on the North Shore and the Albany Scenic Reserve are also closed.

The Northland Regional Council has a kauri plan to combat the dying aimed at supporting private landowners, not in the public domain, to control and control the disease.