Watch: car bursts into flames in the morning during traffic in the center of Hamilton 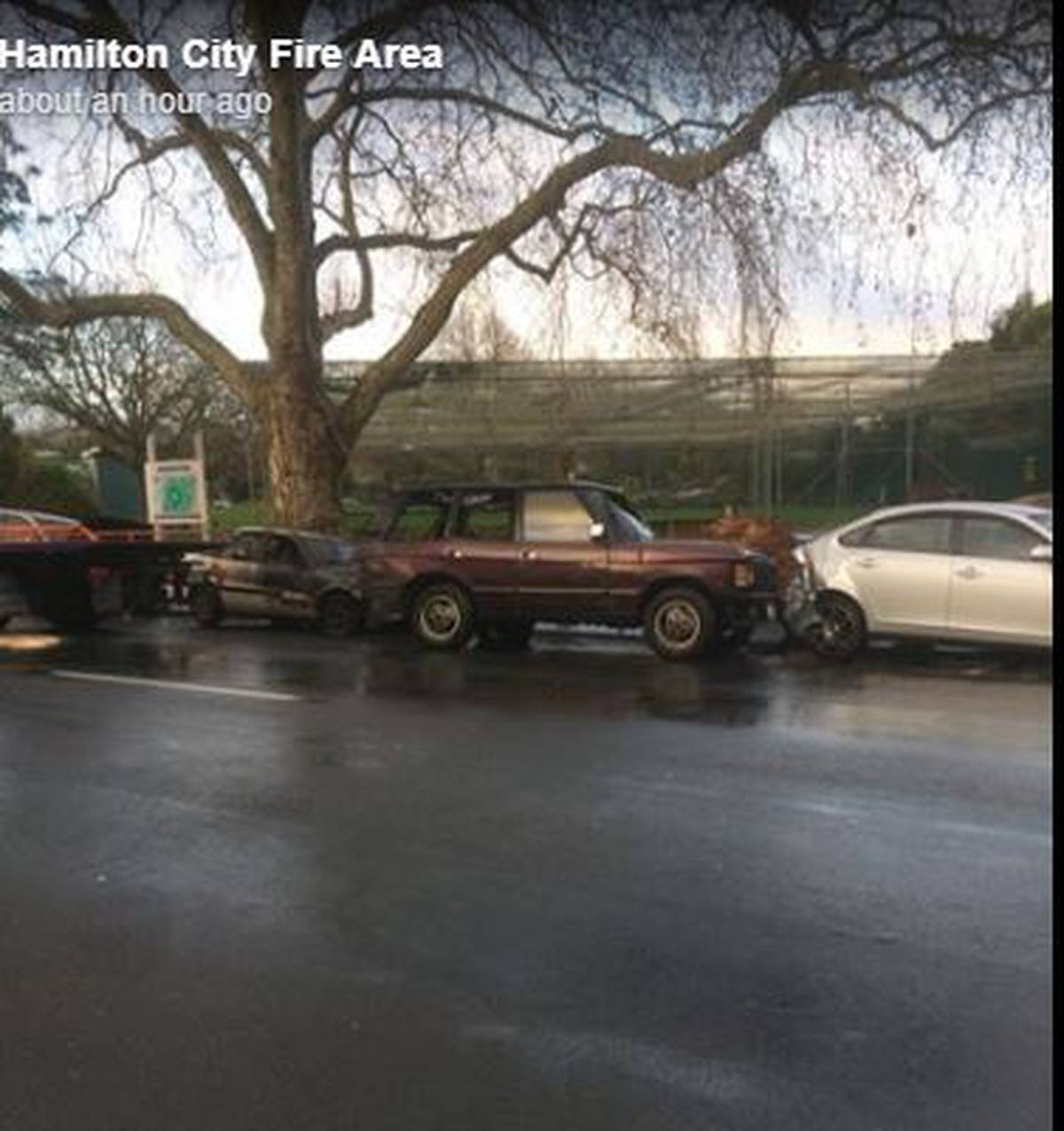 A simple nose-to-neck crash in downtown Hamilton became unpleasant after a vehicle went up in flames and crashed into parked vehicles that damaged them.

Paul Gregory saw the scene on Tristram St during his morning commute on his bike around 7 o'clock.

"I drove to work this morning and from the distance I could see a plume of smoke in the direction in which I was going to work.

"I saw a car on fire, three of them were burning at the same time."

He saw someone running from a burning vehicle that he thought was a Range Rover.

Fuel seemed to be leaking into the gutter of one of the cars.

"There were vehicles that were trying to drive through the fire. There were explosions, I expect the fuel tank to burst."

The fire brigade arrived about four minutes after the first car went up in flames, he said.

"Fortunately, nobody was injured."

The Hamilton fire brigade urged motorists to pay attention when driving after six cars were damaged in the fiery nose-to-tail.

"A reminder to everyone, that if you're driving, keep your eyes on the road, this was caused by a nose to tail this morning, resulting in 6 cars that were badly damaged." The crew arrived at 2 cars & # 39; s that were completely ablaze with a third also damaged by fire, "they wrote on their Facebook page.

The crash happened on Tristram St near Seddon Park at 7 o'clock.