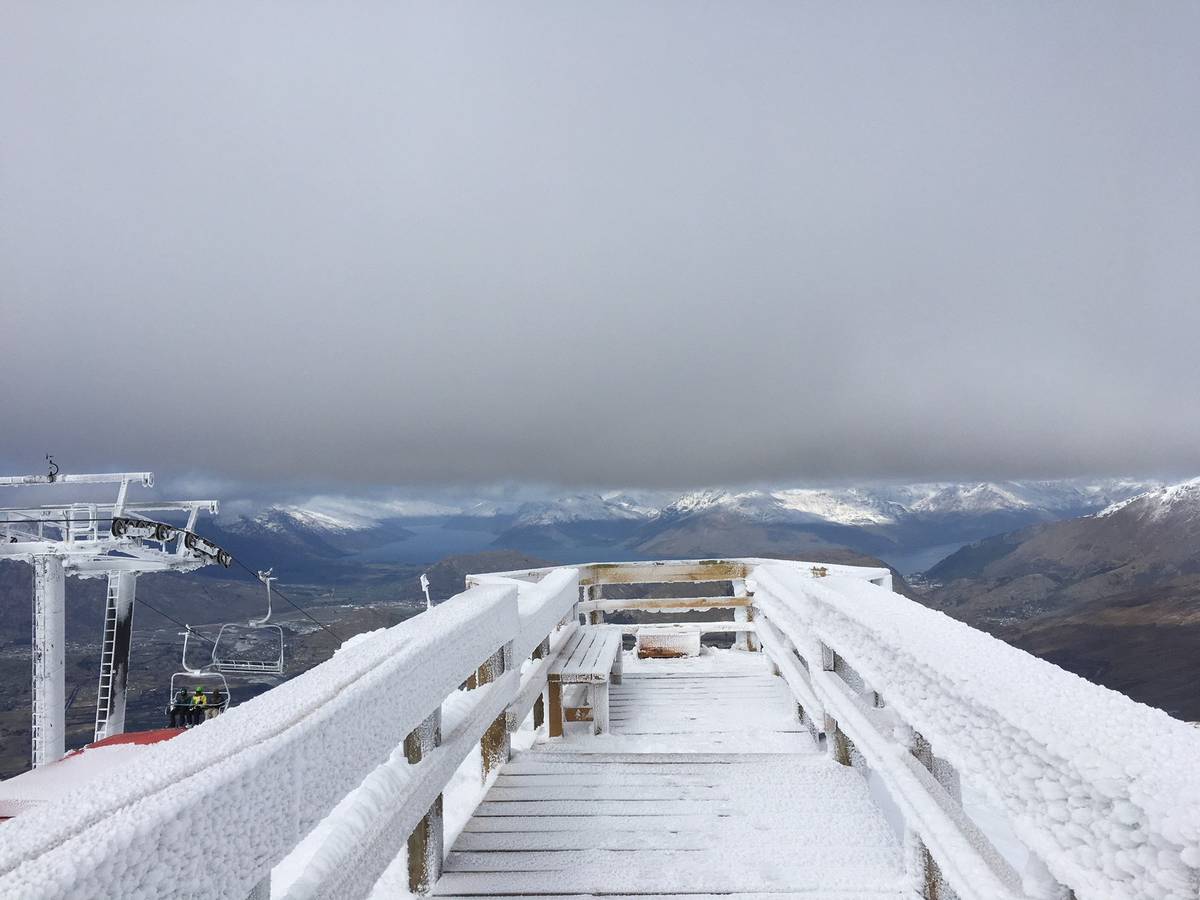 Cold temperatures, icy winds and snow are expected nationally as annoying low movements across the country.

It has been a wet morning for most of New Zealand, with cold air and rain to cover the North Island and the eastern southern island for most of the day.

"So a big job south winds that are really cool the coming days, the maximum temperatures are actually just past 10 or 11 degrees."

There was already a slip on the front of a car on Ohiro Rd in Brooklyn.

An image on the Herald showed the slip that had landed on the hood of a small car.

Wellington City Council said that contractors were on their way to the incident and that traffic management was carried out.

On the westbound lane of State Highway 58 there was a slip earlier this morning, but it has since been partially erased.

A spokeswoman for the council said that people had to make sure that their gutters were clean and that trampolines were stuck.

The MetService has issued a strong wind warning and a heavy rain warning for the region, which also affected ferries sailing over the Cook Strait.

Later in the afternoon it was expected that the southern windings would rise to as strong as 120 km / h in exposed places until the night.

These photo's were taken this morning at the NIWA office in Lake Tekapo where a few inches of snow fell last night! pic.twitter.com/ulQR4h7SZZ

Bluebridge, which operated ferries in the Cook Strait, said that weather forecasted passenger sailings could be affected today and tomorrow.

Many areas in the country are currently affected by the weather system that moves across the country, says Metservice meteorologist, Angus Hines.

Across the country strong cold southerly winds were expected when the system drew north.

There was a strong wind warning for central parts of the country, including the Kaikoura Coast, Wellington and the Marlborough Sounds.

A strong wind guard was in place for Christchurch and the Banks peninsula and the Wairarapa south of Martinborough.

It was not only wind that a heavy rain guard was in place.

This affected Wellington and the southern Wairarapa.

MetService meteorologist Mark Bowe said that the main weather function to watch out for was the wind.

"The most important function today is the wind warnings, they will get in at four o'clock in the evening until tomorrow morning."

While the complex layer moved through the country, the snow dropped to 500m in the South Island and this afternoon it was expected that the snow would fall to 1000m on the North Island.

From Northland to Taranaki and across to Taupō and Bay of Plenty, there was a moderate risk of thunderstorms from about dawn.

"A lower risk of thunderstorms extends to most of the remaining areas of the North Island north of Wellington and to the west of Nelson and Buller in the northwest of the South Island," said meteorologist Andy Best.

The prediction was not unexpected, because the transition from winter to spring often brought turbulent weather, according to Best.

"Seas are still relatively cold around Aotearoa, but because the subtropics heat up quickly and temperatures in the south remain cold, the thermal contrast can result in strong spring winds.

"We can still experience very cold outbreaks, while southern changes are driving up the country from the Southern Ocean."