Woman smashes 500 bottles in the frenzy of the supermarket

newzealand November 28, 2020 newzealand Comments Off on Woman smashes 500 bottles in the frenzy of the supermarket 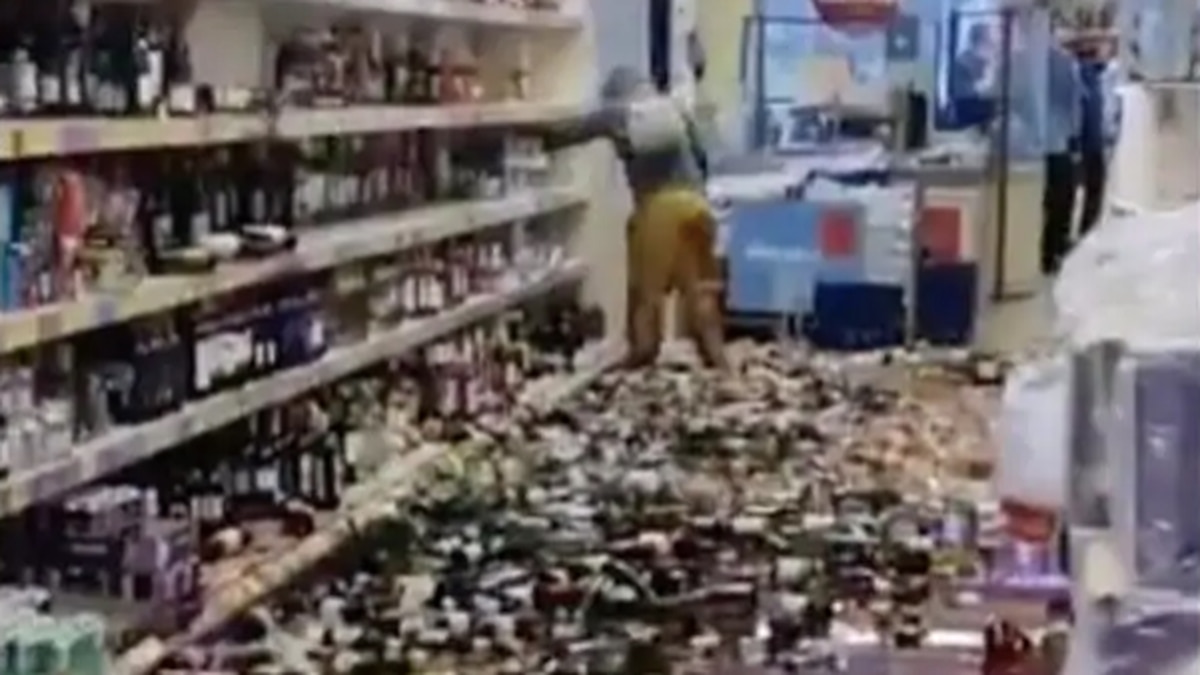 A woman who went on a drink-related disaster at a UK supermarket earlier this week managed to destroy 500 bottles and cause over $ 185,000 in damage.

The images show the woman breaking hundreds of bottles of wine and spirits by throwing them on the floor.

The incident took place in an Aldi supermarket in Stevenage, England.

The woman reportedly acted erratically while waiting in the queue at checkout. When another customer told her to calm down, the woman got angry and carried on, destroying more than 500 bottles of alcohol.

According to reports in the local media, the disaster lasted about five minutes.

At one point, the woman slipped and fell on the broken glass, injuring herself.

The injuries didn’t deter her. After cutting her right hand, she kept breaking bottles with her left hand.

“I’ve never seen anything like it,” says a man off camera.

Finally, a police officer grabbed the woman and escorted her out of the supermarket.

She was reportedly arrested and taken to hospital where she was treated for her injuries.