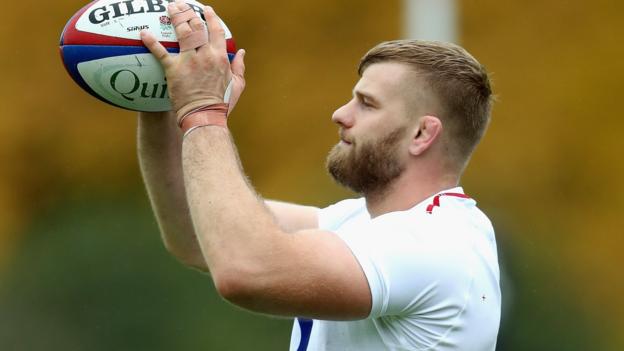 Lock George Cross will miss the remaining autumn tests of England against Japan and Australia with a calf injury.

The British and Irish lion, 28, was replaced by Charlie Ewels late in the 16-15 victory of Saturday by New Zealand.

England, which also misses Joe Launchbury on the second row, will be on the spotlight in Japan and Australia on Twickenham on Saturday 24 August.

Ewels, Maro Itoje, Elliott Stooke and Courtney Lawes are the locks in the 30-member team.

Saracens second row cross impressed England in the victory over South Africa and defeat by the All Blacks.

He missed the summer tour of England in South Africa with an ankle injury for which surgery was needed.