– That is why the price of electricity has been 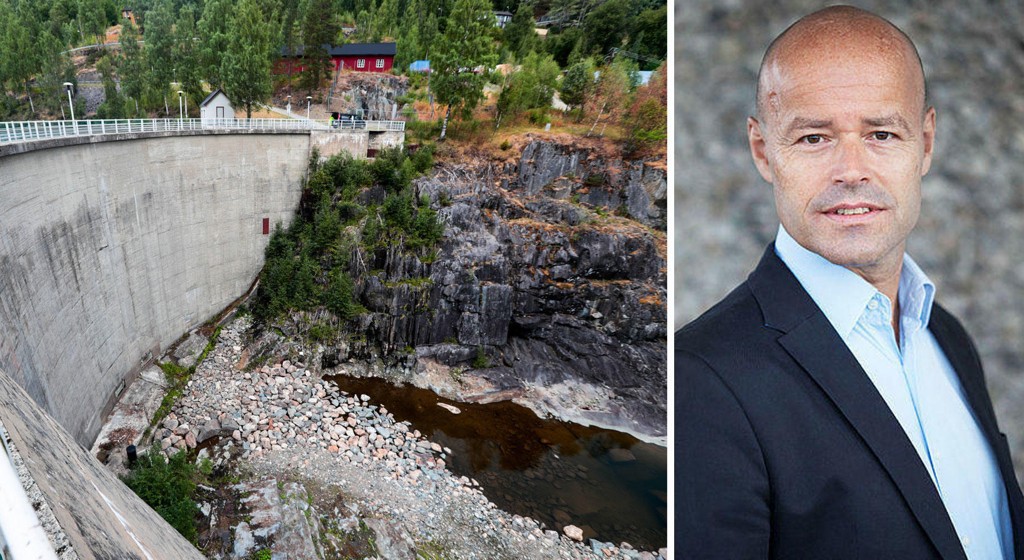 It is not just the drought that leads to higher electricity prices, and the price would have been higher if we had not acted abroad, says NVE.

Dry summer and dry autumn have resulted in empty water reservoirs and higher electricity prices in Norway. Manufacturers are also struggling with power generation in the rest of Europe. But it is not just the drought that affects the price of electricity.

In a blog in the newspaper, former CEO and electrician Janos Lübeck writes that membership of ACER (read: ACER facts) and the new flowmeters are connected and there is a great danger that energy producers will now gamble with Norwegian energy sources and more energy selling abroad.

Read the blog here: The insanity around the new flow meters 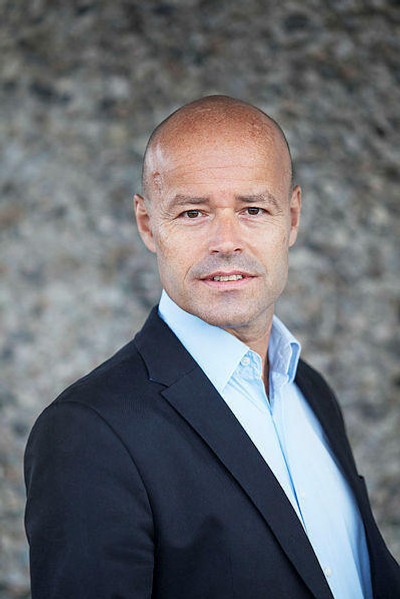 – ACER has nothing to do with tariffs and AMS (new energy meter, read more here). At AMS we can use new technology to get a more efficient energy system and consumers have more control over their own consumption and can influence their own electricity bills. Energy trade with our neighboring countries ensures delivery reliability and prevents very high prices in the trays at low water times. The Energy Act was fundamental in securing energy at reasonable costs and overexploitation of nature, says communications manager Kjetil Hillestad in the Norwegian Directorate Water Management and Energy (NVE). NVE is of the opinion that the prices in Norway would be higher if we did not sell electricity to Europe.

"The past week has had a lot of fun, the weather is dry and the magazines are not being supplemented, says analyst manager Tor Reier Lilleholt in Wattsight for Nettavisen.

In early August, he assumed that the price of electricity could rise by 50 percent to about 70 øre per kilowattime (read your own case here).

Also read: you have to pay a historically high electricity price – 60 percent more expensive now than in January

"The biggest part of the price increase is due to the conditions in Europe and very little due to the drought in Norway," says Kjetil Hillestad, communications manager at NVE for Nettavisen.

The high demand for coal and gas in Europe and Asia is increasing the price of these raw materials.

– Fuel prices for coal and gas are historically high. Some of the highest since just before the financial bubble exploded, "said Lilleholt.

As a result, Norwegian producers of clean electricity are better paid for electricity on the European market. At the same time they try to limit production with less export to save water, says Lilleholt.

NVE and Lilleholt in Wattsight say that an important factor in rising electricity prices now and in the coming years is that Co2 prices – that is the price of climate quotas that must be bought to produce electricity from coal and gas – increase. 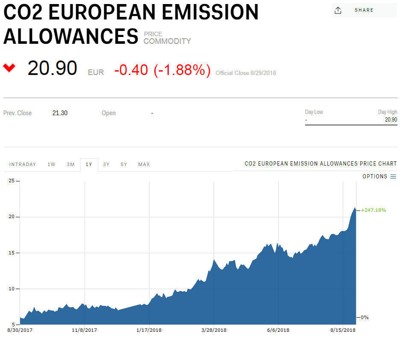 THE QUOTE PRICE IN THE WORLD: since August 2017, the price of Co2 quotas has increased by 247 percent and nothing indicates that it will fall. You can see the price development here on Business Insider.

"It is a desirable policy to raise the price, which is part of the European climate policy – it will be less profitable to produce fossil fuels compared to renewable energy." The political change was difficult to predict when NVE conducted the analysis in 2017 the power market, says Hillestad.

"It makes a big difference that the forward prices for Nordic feedings are considerably higher today than a year ago," said NVE.

That is why Norway has to sell to Europe

"But why can not Norway keep the water in the magazines and not sell electricity to Europe? 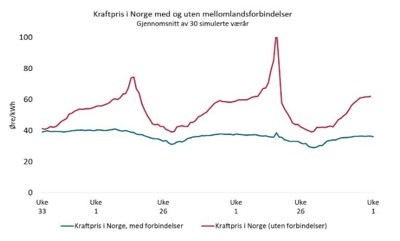 HIGHER PRICE WITHOUT TRADE: NVE is of the opinion that the price of the assets would be higher if we had not acted abroad. You can view the report here. Click for a larger image

– We then had much higher electricity prices in the winter. You have to see the whole system as a whole, says Hillestad.

NVE carried out analyzes showing that the electricity price could even have been 2-3 times higher in the winter, even with normal rainfall if Norway was not connected to the European electricity market (link is external).

Norway produces 139 TWh per normal year and has been operating abroad since the 1960s.

If Norway were to be self-sufficient with electricity at all times, then we would also have had to build up the power generation considerably. It had a strong rise in electricity prices.

Hillestad also points out that Norway must have filled up the water reservoirs all winter. Thus, the magazines could not be used to the same extent as flood protection in the spring.

"This is a Norwegian export that many benefit from." The energy companies are often municipal companies and the profits are paid to the public sector, so we get a lot of money for the sale of electricity, says Lilleholt in Wattsight and adds:

"We clap our hands when we sell oil and gas, but as soon as we sell electricity as a clean product, people react.