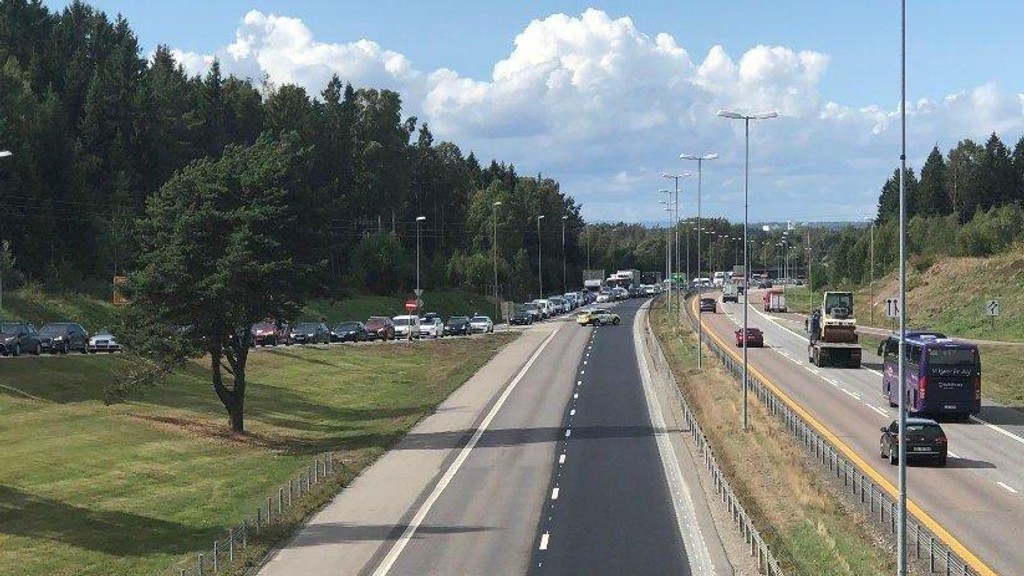 Several accidents and long queues are reported on Friday afternoon.

E6 at Selfjors in Mo i Rana is closed after an excavator enters the railway bridge and Rana Blad reports about huge cows.

Nordland police district reported large cows as a result of the roadmap at 2 pm on Friday and due to traffic in the afternoon it is at various places near the queue, writes Rana Blad.

Three cars involved in an accident

The East 110 station reports on Friday at 2:45 pm that they have moved to a traffic accident on the E6 at the intersection Jonsten in Råde. There have been reports of long cows to the north, past the exit to Rygge Airport.

Police East reports that the accident must have taken place in a southerly direction and that three cars are involved.

No personal injury has been reported.

The traffic center reports reduced accessibility after the accident. There have been reports of long cows. At 15.58 hours the police wrote on Twitter that the road has been opened again.

– The road is open. Three cars & # 39; s involved. The first car must have been delayed and the two consecutive cars had to drive each other in an attempt to stop. No personal injury, but material damage.

# E6 #Rygge Patr. on the way to the traffic jam on the E6 to the south at Rygge Airport. Three cars & # 39; s involved. Unknown damage range.

Telemarksavisa reports on Friday afternoon that after a traffic accident, a person has flown in Vinje to the Telemark hospital in Skien.

The person has flown to the Telemark hospital in Skien after a traffic accident in Haukli in Vinje, Friday afternoon.

Emergency data were reported at 11.35 am in a traffic accident between a motorcycle and another vehicle on the route between Haukeliseter and Edland.

On the motorcycle there were two people and it is the passenger who has flown to the Telemark hospital in Skien.

Operations Manager Øystein Eikedalen at the police station in the southeast informs TA that there is currently little information about the state of affairs.

The motorcycle was on the track when a collision with another vehicle took place on the road. The passenger on the motorcycle was taken by an air ambulance and flown to Skien with unknown damage.

The motorcyclist is a 50-year-old man from Voss.

The road was closed for a while, but is now open again to normal traffic.