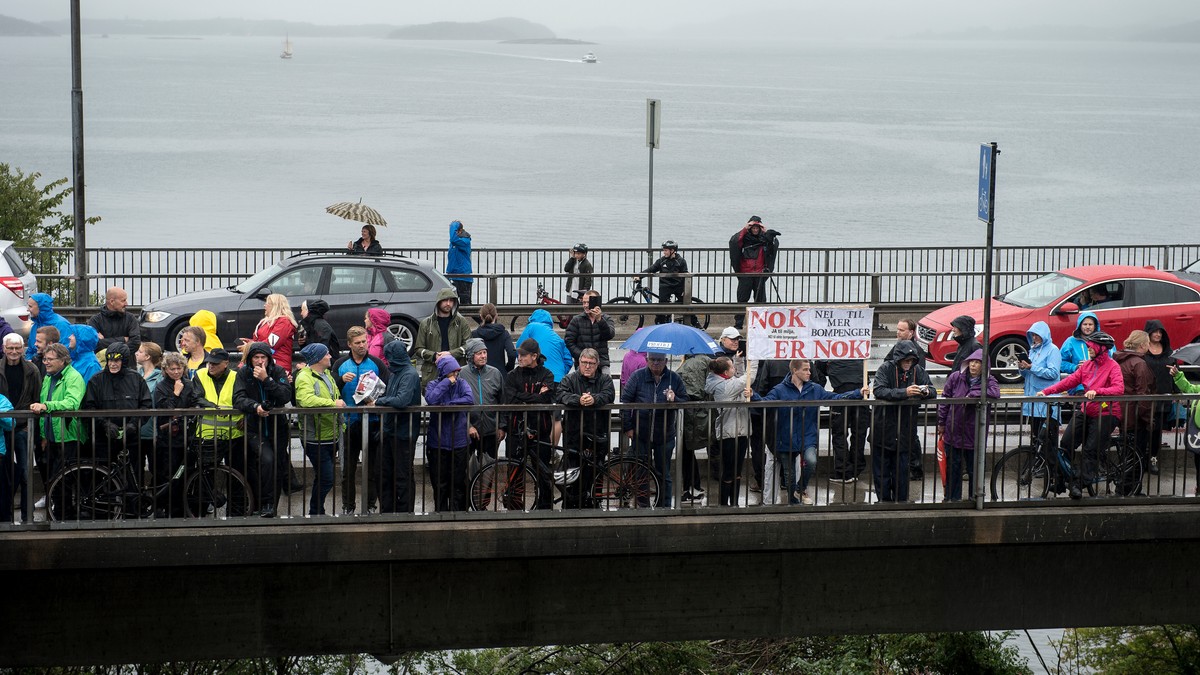 "300 cars will make enough chaos, but I think it will be much more than that," says Leif Arne Moi Nilsen (Frp), one of the organizers behind the demonstration.

And he immediately came in. As early as 18 hours, many people noticed the action in Stavanger's traffic, opponents or others. The traffic was quiet from Bybrua, where the action had to start, and towards the center via the Bergeland tunnel.

Sometimes it was completely quiet above Bybrua. Immediately after 7:00 pm the police assumed that the queues in the city would take up to 20.

The police have given permission for both actions, both in Stavanger and in Sandnes. There were 2000 people awake. Because demonstrators walk on normally pretty busy roads, also in one of the main streets of Oalsgata, there were queues.

It is unclear how much a total have been put down, but in the Facebook group with 43,000 active members the involvement is big.

"This is the rebellion of a people, and now people see reality, enough is enough, says Sigurd Sjursen, who founded the Facebook group:" For those who oppose the bombing in Sandnes and Stavanger. "

The resistance to the planned bombings in and around Stavanger was strong, and a survey shows that seven out of ten respondents are negative.

In Sandnes, the shareholders will train on routes between two roundabouts. In Stavanger they drive in a column from Bybrua and throughout the city.

Contrary to the bombing of today, the new payment will demand for driving within each of the four municipalities and also for driving between them. The name is Bypakke Nord-Jæren, and the package also includes a rush hour.