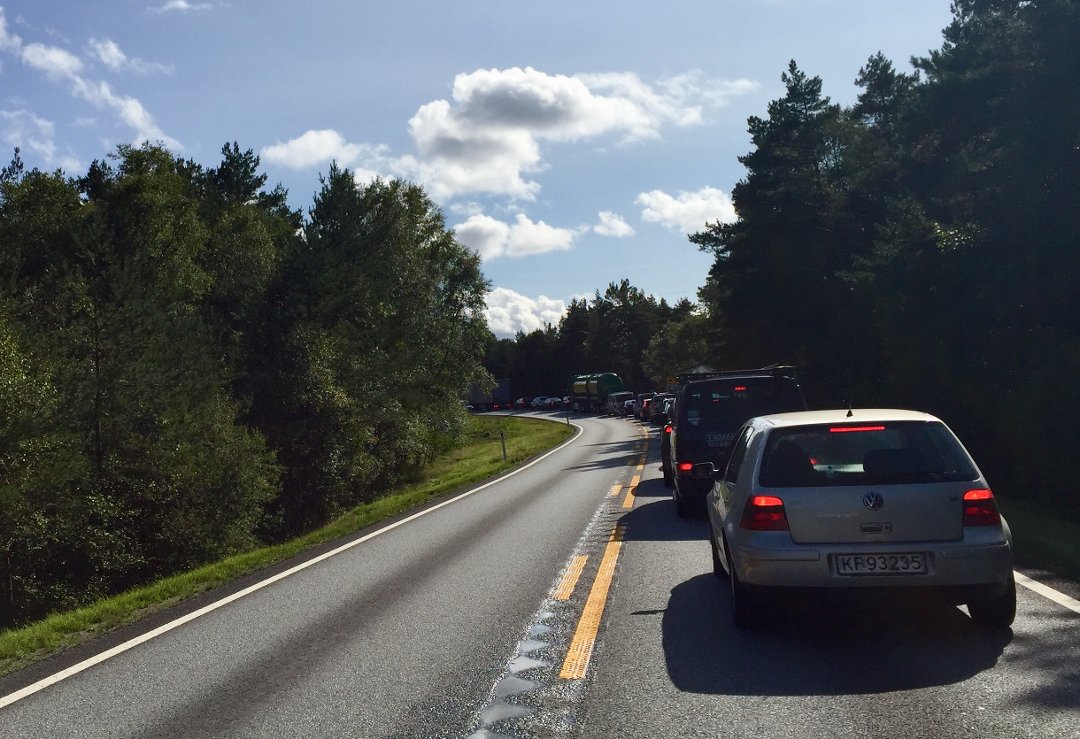 – A car drove into the mountainside at Håvardsholm on the E39. The extent of the injury is unknown and the emergency services are on the way, says operations manager Nikolai Austrheim in the police district of Southwest.

A block later, the emergency services are on site.

– A car is involved with three people in the car. A 50-year-old woman complained of chest pain and, along with the other two in the car, was taken to the Haugesund hospital, says Austrheim.

At 15.14 the traffic center reports that the accessibility is less good because of traffic jams, just north of Førde in Sveio.