Kaos at the metro station in Oslo – full stop in traffic 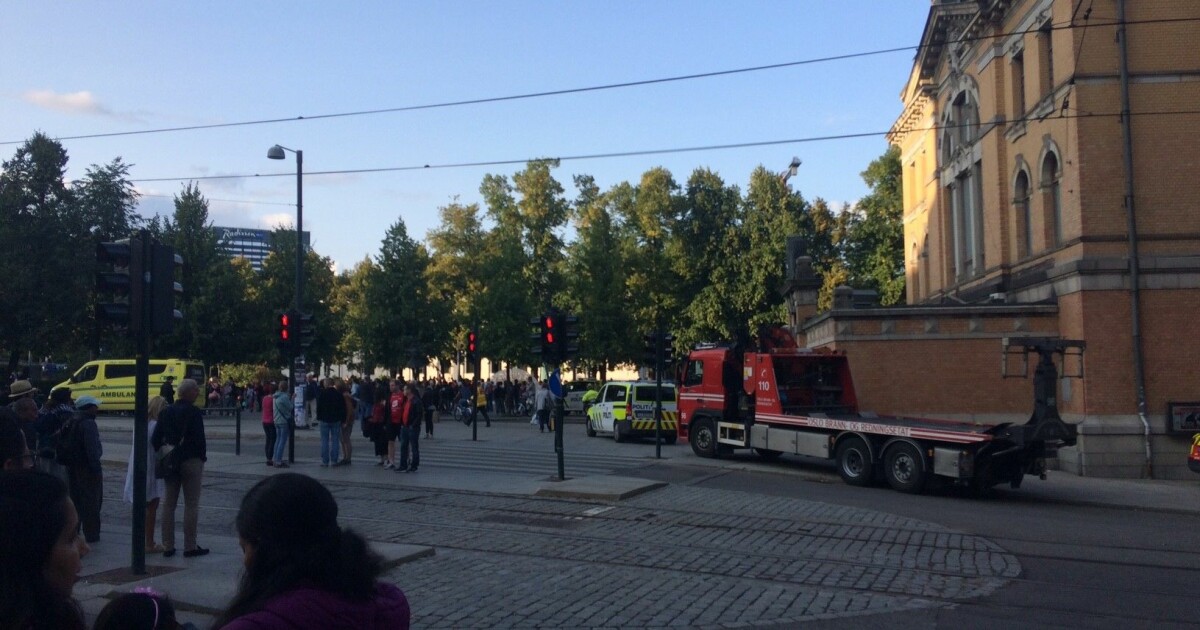 There was a complete stop in all metro traffic at the National Theater in Oslo, on Sunday evening when a 20-year-old male firefighter was hit by the subway.

"A person has been observed in the course and so far there are no trains that pass through the station", Router wrote on their web pages & # 39; s.

The highway metro writes on Twitter that there is currently a stop in traffic in both directions. They say there is an "undesirable event" in the National Theater, which is the cause.

"It is a bit of an insecure course of events, but there is an explosion in the ride, and then someone has fallen on the track and probably hit the subway, it is unexplained injury level and condition," says operations manager Marita Aune at Oslo Police District to Dagbladet.

The injured person received a medical treatment on the spot and the situation was described as critical by the police. A few hours later, Ullevål Hospital described the condition as serious.

Aune says that the police were extra present in the center today, in connection with the Eliteseria match in football between Vålerenga and Brann tonight.

"This is called an accident and there has been no mistake in advance, there are only fans of Brann present in the area of ​​the metro.It has been confirmed that it is a defender who has been injured, but the condition of the person is of crucial, "writes the Oslo police on Twitter.

The police have secured video of the station, but have not yet been assessed to give a clear picture of what happened in connection with ulykka.

– But we call it an accident. The metro wrote that there was a supporter sound, but there was no fear in advance and at least not in connection with ulykka, says Aune against Dagbladet on Sunday evening.

The police have also confirmed that the person on the flight is a male firefighter who is currently being treated in hospitals.

The police also had a lot of patrols on the spot to talk with witnesses.

The highway writes on Twitter that the metro runs as follows:

Train from the east to the Storting – Train from the west of Majorstuen. Line 4 runs Vestli – Sinsen – Carl Berner pl.-Stortinget-Vestli.

At 20:15 they reported that the traffic was back to normal, with some deviations in departure.