Motorcycle died in an accident on the E6 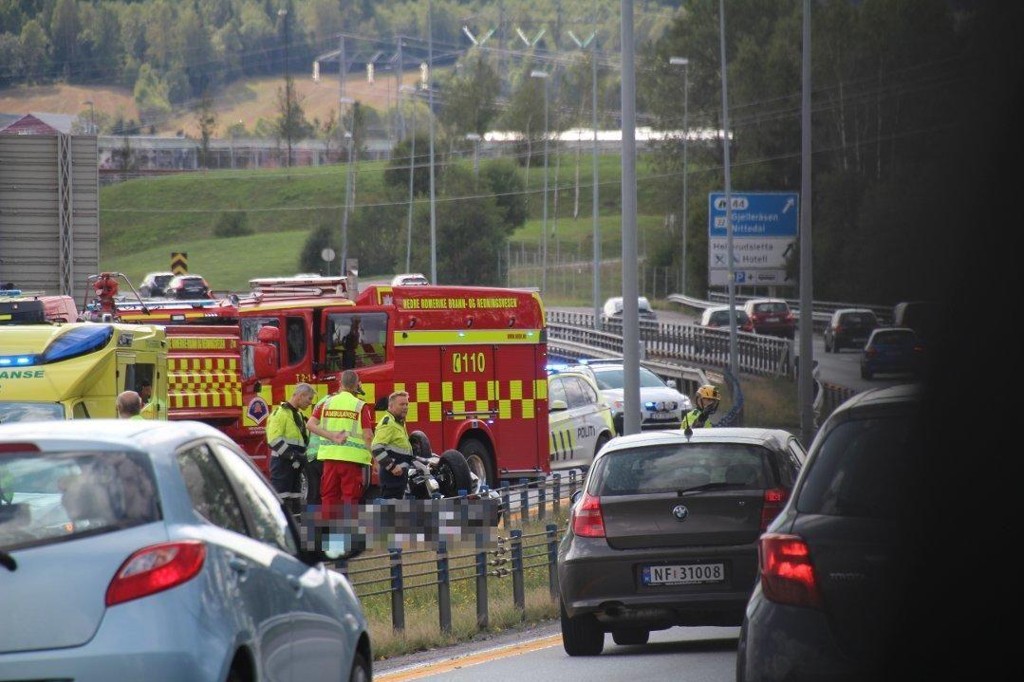 One man died and another man was severely injured after a traffic accident on the E6 at Hvam in Akershus. The motorcycle they pulled up was driving against a car.

The case is being updated.

(RB.no): A man died in an accident on the E6 on the 14th Sunday. The accident happened just north of the Hvam crossing on the E6 in Skedsmo to the north.

"It is a serious accident, a man has died, another man is being taken to hospital with serious injuries According to the announcement, the accident occurred when a car collapsed because a dog got out of the way and the engine was in the car, reported operational manager Gisle Sveen in the eastern police district to Romerike Blad.

The police announce that lifesaving first aid has been implemented on the spot, but the man in the fifties has quickly been declared dead.

It is unknown whether someone in the car involved in the accident was injured.

The E6 in a northerly direction was closed due to the accident just north of Hvam near Olavsgaard, according to the police in East and the Road Traffic Center East on Twitter.

– Veivesenet has sent a contractor a sign of diversion. We are working to reopen E6 as soon as possible, but because it is a fatal accident, a lot of work will be done, says Sveen.

A field against Oslo is also closed.

"There has been a car that has driven from behind on Lindeberg on the E6 to the south on another car, there are no personal injuries except that someone in the neck was in pain, says the operations manager.

This accident occurred after the fatal accident in the north.

At 3 pm the police reported in East that the E6 had been closed just south of the intersection of the Hvam and that the emergency services were working on site.