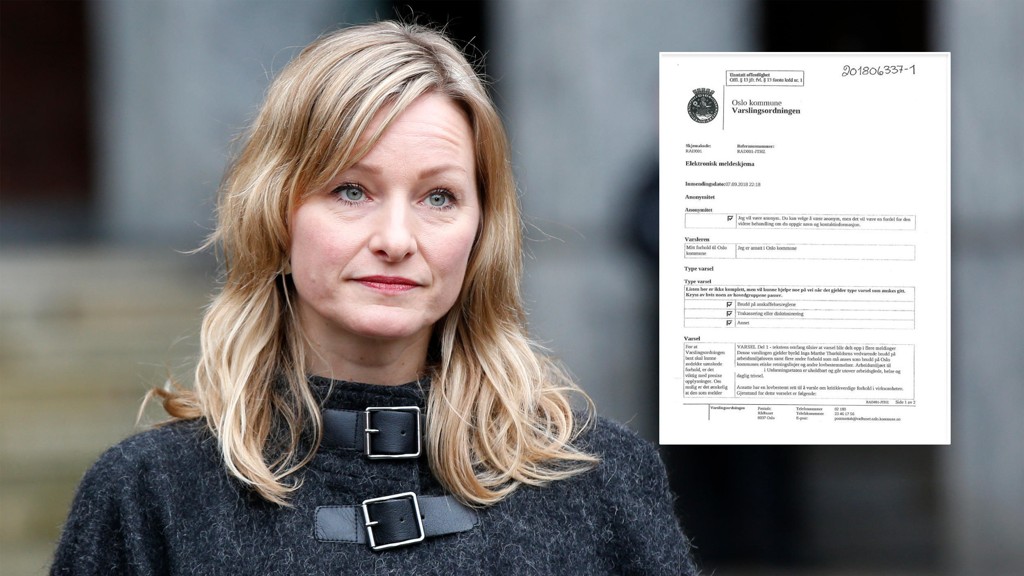 Warnings to the SV Bureau:

GRÅTER OG SKRIKER: The newspaper has gained access to the reports against the school bureau Inga Marte Thorkildsen (SV). "The behavior of the bureaucracy in meetings with staff of the education administration is difficult, which manifests itself in inappropriate behavior where the bureaucrats shout aloud and yell at a number of employees, gesture wild, crying and suspicious presenters," says the announcement.
Photo: Vidar Ruud, NTB scanpix / Montage Nettavisen