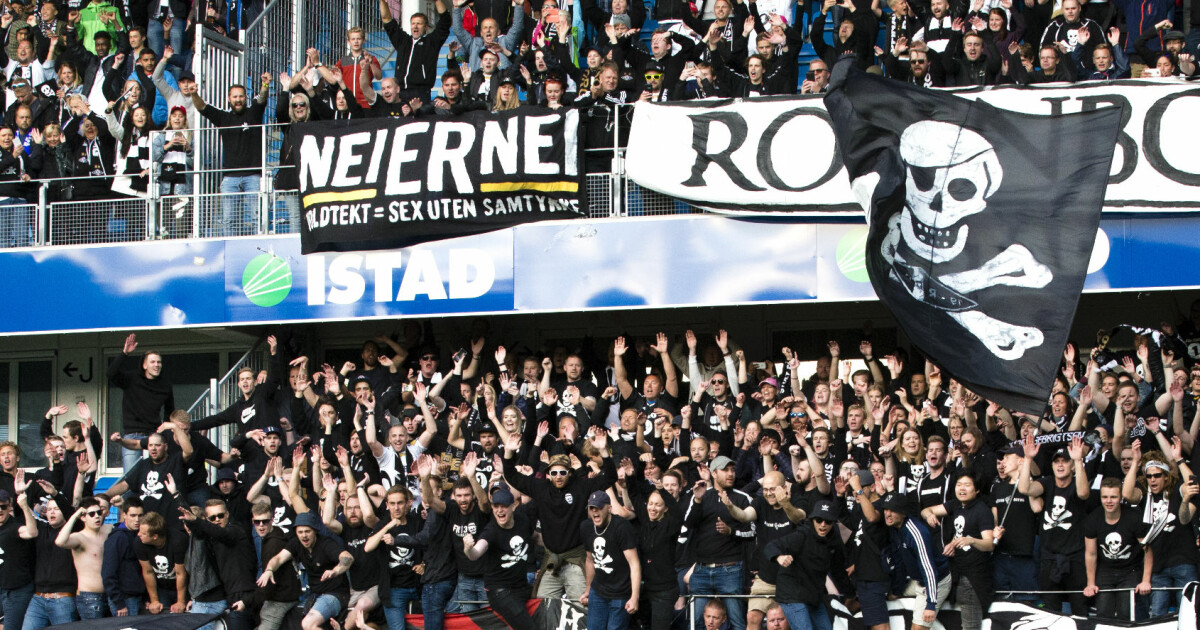 "What are you doing?", Ask the offended woman (F).

"I do not do anything", says the accused football player (T).

The sound recording was recorded on the mobile phone of the woman on the morning of May 14 last year, in the bed of the guest room of the Molde player, which was released on Monday for rape. Many people were at the nachspiel in the apartment that night.

The conversation, played by the district court of Romsdal, turns into a loud argument, in which defendants in particular are obedient. He denies having had sexual intercourse. The next day, the woman went to the rape reception in the Molde hospital and secured biological paths.

The defendant explained in court that they had volunteered earlier in the evening, that the woman actively participated and then fell asleep. According to him, the conversation should be raised when he came back to wake her up. According to the woman, the conversation was immediately raised after she woke with pain in her lower abdomen – when the football player had sexual intercourse with her.

Nobody outside the room knows for sure what happened.

This is typical for cases with accusations of rape. Obviously, the demand for evidence must be high in cases of such serious accusations, false accusations can strike hard both legally and socially. That is why we have the important criminal law principle that it is better if ten guilty go free than to condemn one innocent.

At the same time, it is estimated that less than one percent of the rapes committed in Norway ends with convictions. It is a legal problem. The burden of reporting and assessing a lawsuit is so great that victims are often advised to drop the entire process. Even if there is more evidence than words that only contain words.

Most reviews are postponed. It will take a long time before a rape case ends in court, and then it will end almost a third with revenge like here.

To punish someone, the jurors do not have to doubt. Then there should almost be certainty about feelings of guilt. In this case, there is a difference of opinion. The referee is of the opinion that the statement of the footballer is "totally unlikely" and does not doubt that he must be guilty. The two judges, on the other hand, are of the opinion that there is reasonable and reasonable doubt about the issue of the law, because the statement of the accused can be true – if the offended were so full that they did not remember that they had had voluntary sex earlier this night. had.

Ask for civil cases, as a matter of compensation, is lower than in criminal cases. Usually the most likely fact must be taken into account. In cases involving particularly serious acts, such as rape, awareness must be made of the ability to judge someone. The jurors also think that it is very likely that the football player was having sexual intercourse with the woman, although she was asleep and, in combination with alcohol refloction, was not able to resist this.

This case ends in court where the Molde player is acquitted of rape in a statement stating that he has most likely fulfilled the chance. The public prosecutor appealed on the spot.

The dilemma must be a headache for Molde Football Club. They have used the footballer while the case was underway, personnel policy understandable because the problem with the error has not been resolved by an assessment.

The club has met strong protests from opponents of supporters on several occasions. Rosenborg fans in Aker Stadium with the banner "No is no, Violence = sex without permission" and sung fight against the player The MOT Voldtekt banner of the Lillestrøm supporters has been removed from the stadium of the football club of Molde. The footballer has also reported a man for threats to himself.

Neither the criticism nor the headache is weakened by such an order.