The police started investigations after Arjen (47) was reported missing 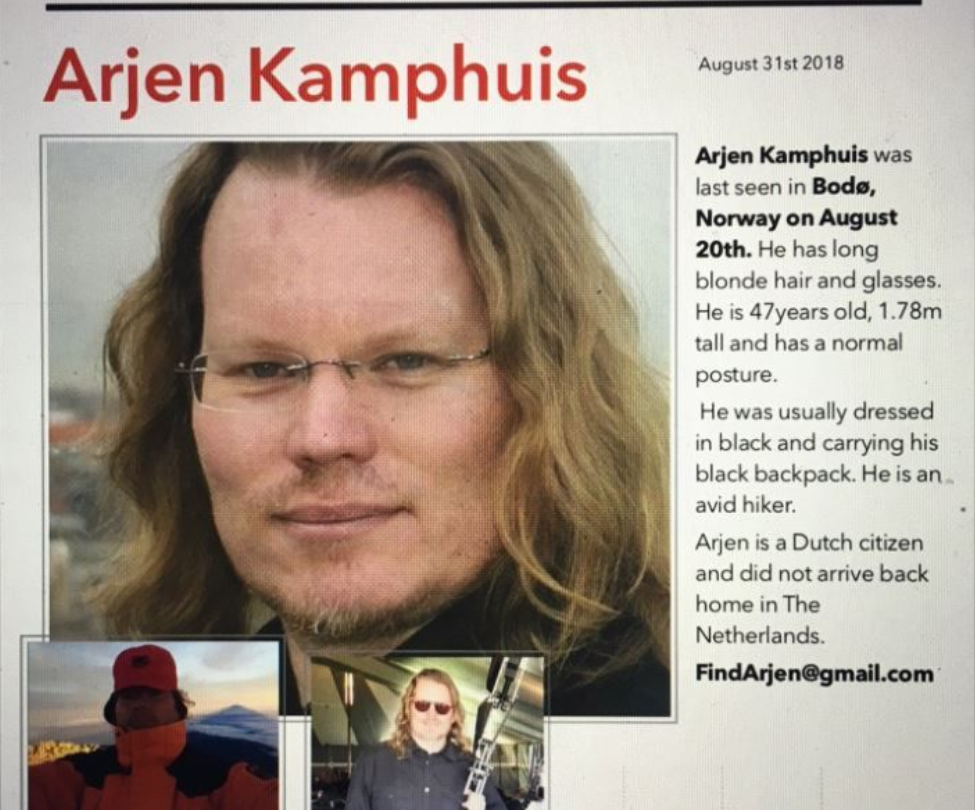 The police in Bodø started an investigation after Dutch security expert Arjen Kamphuis (47) was reported missing on 20 August.

Kamphuis, who works with cyber security, spent two weeks in Norway before being in a hotel nearby Bodo 20th of August. No one has seen him since. According to the Dutch newspaper The Telegraph, he waited for his house on August 22nd.

"The survey includes surveys on electronic numbers, such as phone tracking, and we are now waiting for answers on some surveys, our goal is to find the missing man," says Pettersen.

The operations manager says that the police have received more tips, including from Ålesund and elsewhere in Western Norway.

"There are comments from people who think they have seen them, but so far there is nothing new to report," says Pettersen.

Kamphuis is 1.78 meters long, has long blond hair and glasses. He will usually be dressed in black and described as an avid walker.

Politician Ancilla van der Leest describes herself as Kamphuis & # 39; s best friend on Twitter and has published several messages in which she calls him.

In a tweet from Saturday she tells us that there are tips that he is seen in Ribe, Denmark. VG has received a request that a person who appeared to be on the missing 47-year-old was seen on Friday afternoon in Porsgrunn.

Grawe journalist for Dutch Argos Radio 1, Sanne Terlingen, is one of Kamphuis & # 39; friends who find him.

She told VG on Saturday that they had contacted the police on Thursday this week.

– Because of his work, he does not like information on the internet. We were therefore not sure if we should go to the authorities in the beginning, she says.

However, after he did not appear, they were worried. In the beginning she tells them that they thought he had ended in an accident during a trip.

"We are afraid something has happened to him," she said.

She also says that he does not seem to get up at work meetings.

"It often happens that he disappears from the radar on holiday, but preventing him from attending meetings is not comparable with him," Terlingen said.

She says that a mutual friend is now on her way to Bodø to do her own research.