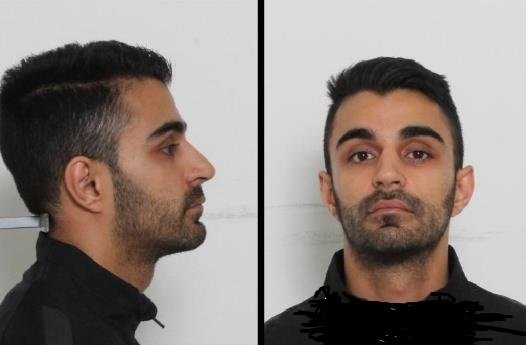 The shooting period took place on the East Aker road in Haugenstua north of Oslo, around 21.15 Sunday 19 August, when two BMW cars ran parallel to each other on the two-way road.

In one car, Jaspinder Singh assembled one or more other people and, according to the police, fired against the other BMW.

Reviewed in the district court of Tønsberg

Jaspinder Singh is well known to the police from previous relationships and has been convicted four times, including violence and drug-related disorders.

On 4 July he was convicted in the district court of Tønsberg – in a case concerning the storage of cannabis and amphetamines, according to Dagbladet.

The police believe Singh fired last Sunday – and accused him of murder.

– We defined him as a member of a criminal network, Young Guns. I do not want to go into his drawer, but can confirm that we know him well from the past. Young Guns is a fairly well-known criminal network ", says Anne Alræk Solem, department head of Serious Violence in the Oslo police district of NTB.

Immediately after the shooting period, the car that was shot was arrested by the police, probably because it worked very quickly.

"There were several people in the car who told me about the shooting, that's how we got the knowledge about the incident and we've been investigating the issue since then, we mean Singh famous people who've been injured, and therefore believe that this is a focused action and was not aimed at random people, "said Solem.

The car that was shot is a blue BMW 1-series. The car from which he was shot must be a dark BMW X5. There were more people in each of the cars, but Solem did not want to know how much. Neither does she want details about the people or if the police think it is one or more of them, which was the purpose of the shot.

READ ALSO:
A hundred things have been around for more than a year

He believes he lives in the Eastlands area

Singh is also sought internationally, but the police believe he lives in the Eastlands area. Solem asks people to report immediately if they have seen or know where they are staying.

In addition to a sentence for violence and drug possession, Singh was previously convicted for less serious circumstances, including driving without a license and driving in a harmful state.

He is also acquitted of a serious case of violence against another person.

"We also have no reason to place the shoot this year in the context of earlier shooting periods, where criminal networks have been involved," she says. They are targeting a number of shooting incidents in the Oslo area that apparently relate to the power struggle between criminal gangs.

READ ALSO:
The municipality will participate in a project to help criminal gangsters. It does not appear that SV is sensible