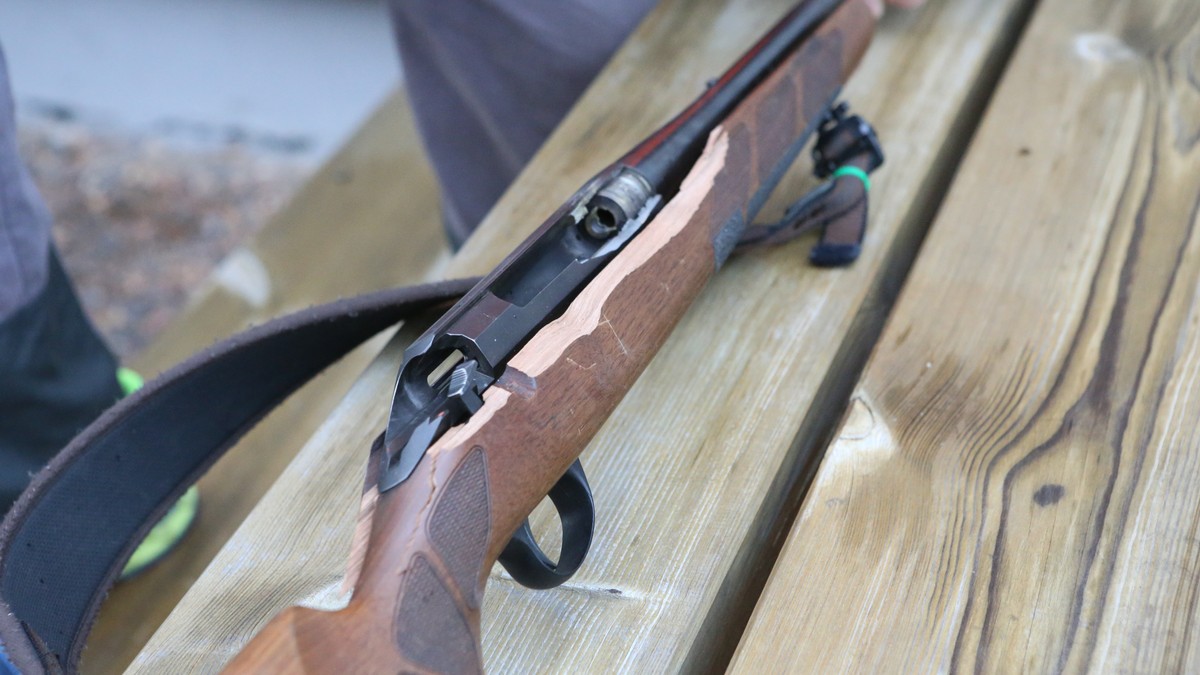 "The woman got cuts and bled a lot of her face," says Rune Hunshamar, Operation Manager, in the South East Police District or NRK.

Just before 6.30 pm all emergency services moved after a shooting accident at the shooting range in Vestre Andebu in Vestfold.

It was a woman in the 30s who had been injured. The accident happened while the woman was training for the hunting season this year. The gun exploded while practicing landscape photography.

An error in the gun

The police confirm that the incident on the shooting range took place after a failure in the weapon. This led to an explosion in the weapon itself. The woman suffered cuts in the face and the upper body.

"She was not seriously injured, but was transferred to the emergency situation," said the operational leader against NRK.

Knut Løberg, head of the shooting team in Andebu, heard about the incident on SMS.

"I got a message that an accident had happened, so I immediately left, there was the police while the woman was being transported by the ambulance.

Løberg had no service, but said the incident was scary.

"It is frightening when you see which forces are in the swing of such ammunition, and it is very rare that this happens.

The police have seized the weapons for investigation.