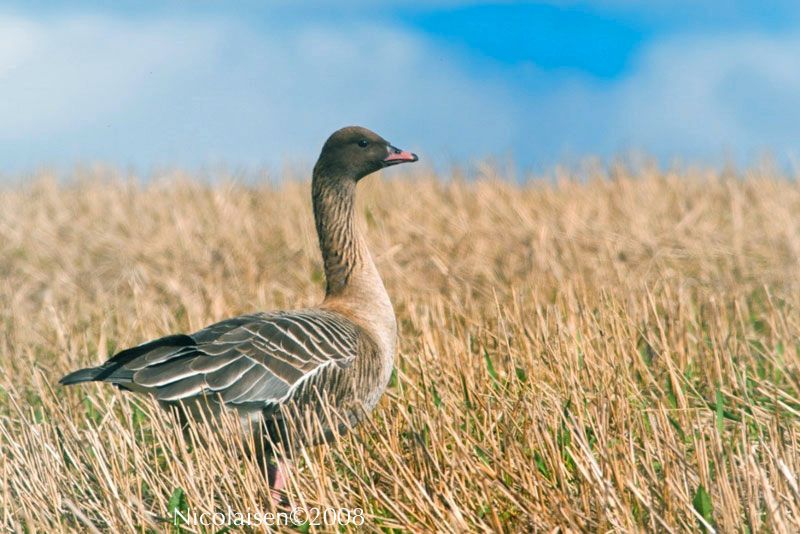 The Norwegian Food Safety Authority confirms the findings of bird flu in a wild goose in Sandnes.

The bird flu that has spread in Europe in recent weeks has arrived in Norway. This is confirmed by a sample made by the Veterinary Institute of the short-billed goose found dead in Sandnes.

– The most important thing now is to make sure we don’t get contaminated with our production animals, Ole-Herman Tronerud of the Norwegian Food Safety Authority told VG.

The bird flu is of the H5N8 type, the same one currently seen elsewhere in Europe. It is so-called “highly pathogenic”. This means that it can cause a more serious disease in birds than a low pathogenic virus type.

This is the first time that this form of bird flu has been discovered in Norway.

According to the Norwegian Food Safety Authority, infection with humans with this virus has never been detected.

In order to protect Norwegian animals from infection, farms in what is defined as a high-risk zone must ensure that all their production animals are placed under tight roofs.

– Those in the high-risk zone will be obliged to do so, says Tronerud, who thinks this applies to all coastal municipalities from Rogaland and around the coast to Østfold.

In Norway we have a separate regulation that states which preventive measures should be taken now. The regulations include a ban on keeping poultry and other captive birds outside, as well as the use of outdoor water reservoirs and a duty to notify the Norwegian Food Safety Authority.

Tronerud believes that Norwegian farms are well equipped to protect their animals.

– There have been requirements for both lice and infection protection for years. Bird flu is just one disease. The fact that we have such a low salmonella prevalence in Norway shows that we are able to distinguish between wild birds and domesticated birds..

– What is the danger that bird flu will now spread to Norwegian production animals?

– We believe that the opportunity is quite good for us to keep it out.

The Norwegian Food Safety Authority encourages anyone who sees dead birds to report them so they can test them for infection. Sick and dead birds should also not be touched because of other infectious agents such as salmonella.

Denmark has recently raised the bird flu risk level from “very low” to “high” after bird flu was found in a peregrine falcon on Lolland on 6 November.

Bird flu has spread in Europe in recent weeks. In the Netherlands, 190,000 chickens were slaughtered after a highly contagious bird flu was discovered on at least two farms. Animals have also been slaughtered in Denmark and France.