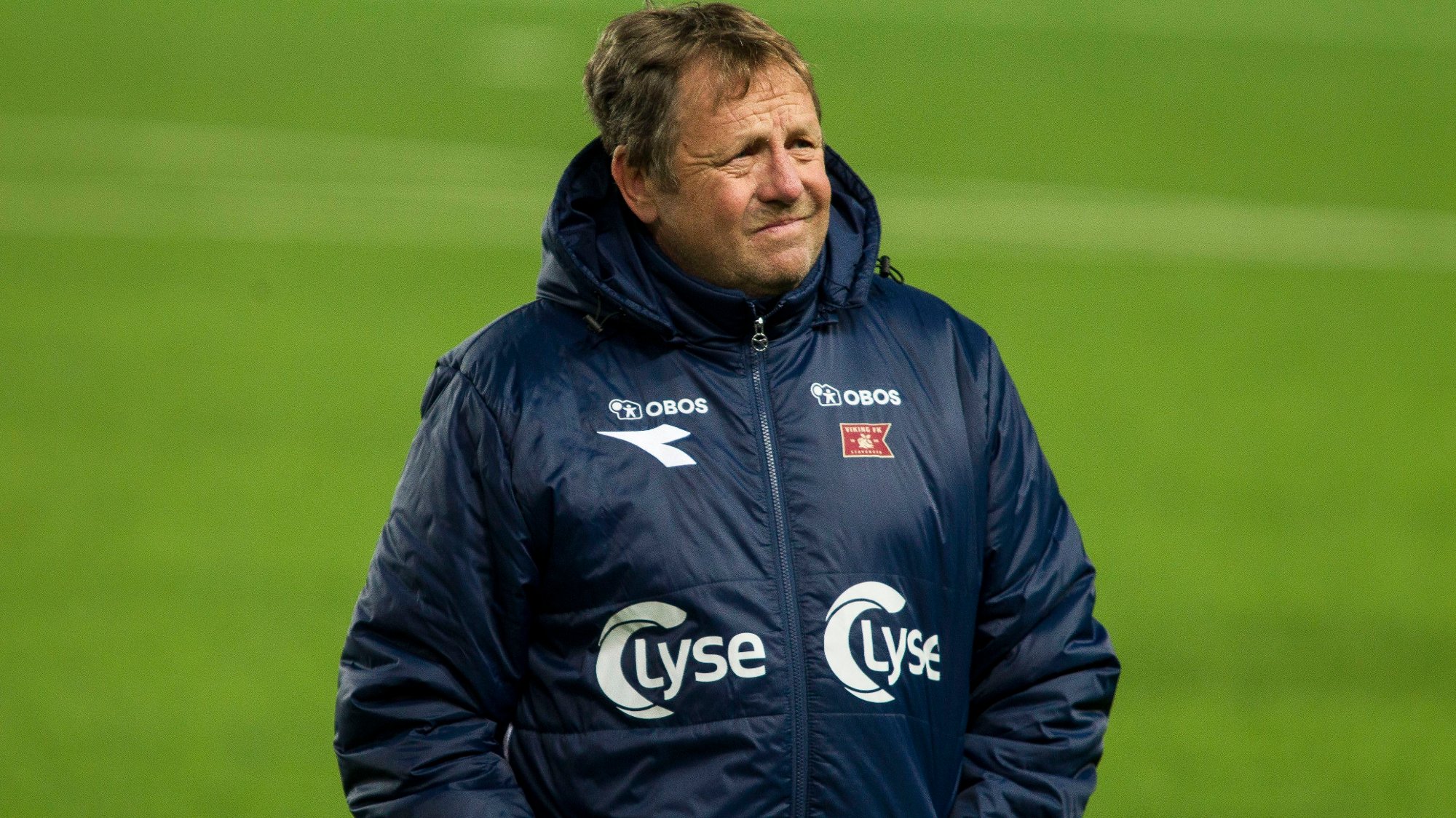 – That it is not possible to find a solution with this legend, as it became for Viking, is completely incomprehensible, the supporters write in a statement.

On Thursday it became clear that Bjarne Berntsen is not allowed to continue as head coach of Viking in his last contract year. He will be ready in the club from January 1.

Not everyone is happy with that.

In a twitter message on Friday evening, the Viking Hordes, the club’s supporters, posted a photo of banners hanging in the club’s arena in connection with the firing.

Circus Sandvik has to go. Damn curses, we demand answers. The region behind Bjarne is stated on the banners.

A statement from the Viking Hordene board after the firing states that they absolutely disagree with the club’s decision.

– We, like most people, were shocked to receive the news today that Bjarne Berntsen has ended coaching at Viking after the season, they write on Facebook.

– Our fantastic dinosaur that brought Viking from Obos to the reigning cup champion in a few seasons and built a team based on local play. The man who has surprised time and again with player logistics that is reminiscent of Bård Wiggen in his worst days when new players arrive, but who has proven to be carefully calculated choices with a plan behind them.

– The coach who created Zlatco Tripic understood that Viking was the right choice to get his career back on track, despite the club being at level two. He who has led a team that has given us a team that we love, who cares about the color they play for and who understands what Viking means to us supporters.

– This man who wants to get rid of Viking. It is incomprehensible. Then of course there is more to it than we supporters want and can understand. But that it is not possible to find a solution with this legend, as it has become for Viking, is completely incomprehensible.

It is a unanimous board within Viking Fotball AS that has made the decision, Stavanger Aftenblad writes.

– It’s been a long process and we’ve talked for three to four months. We believe the timing is right to make changes to Viking now, and the club is well equipped for the future, Chairman Thor Steinar Sandvik told the paper.

Berntsen signed the final agreement with Viking on Wednesday. The club from Stavanger would like to have him in a different role in 2021, but Berntsen himself hit his thumb down.

– I am very disappointed that I cannot complete the contract. “I was determined to lead the team next season,” the 63-year-old told Eurosport.

He works even harder for VG.

– It is a pure cancellation one year before the contract expires. I am very disappointed and sad. I find it very difficult after three fantastic years that I have now had in Viking. I really wanted to end the contract period in style, but the board did not want that, Berntsen told the newspaper.

He further claims that he opened up to become a sports manager, but that in that case he would be on a contract that would last longer than a year.

Last year, the coaching veteran led Viking to beaker gold. Berntsen made a comeback as coach of the club after the relegation of the Eliteserien in 2017. He took the team back on the first attempt.

In addition to the NM success, Viking was number five last season. Then he received the honorary title from Kniksen.

Viking is comfortably in 7th place in the Elite Series. The team will meet Start at home on Saturday.

– Bjarne has done a great job in Viking for three years. He’s probably disappointed, we understand that after the good years he’s had. We feel it a little bit in the stomach throughout the plate. Bjarne has a big star, we take that into account, says Sandvik.

Black Friday: here you get an overview of all sales