– I couldn’t stop my father from committing suicide, but I could stop others

norway November 27, 2020 norway Comments Off on – I couldn’t stop my father from committing suicide, but I could stop others 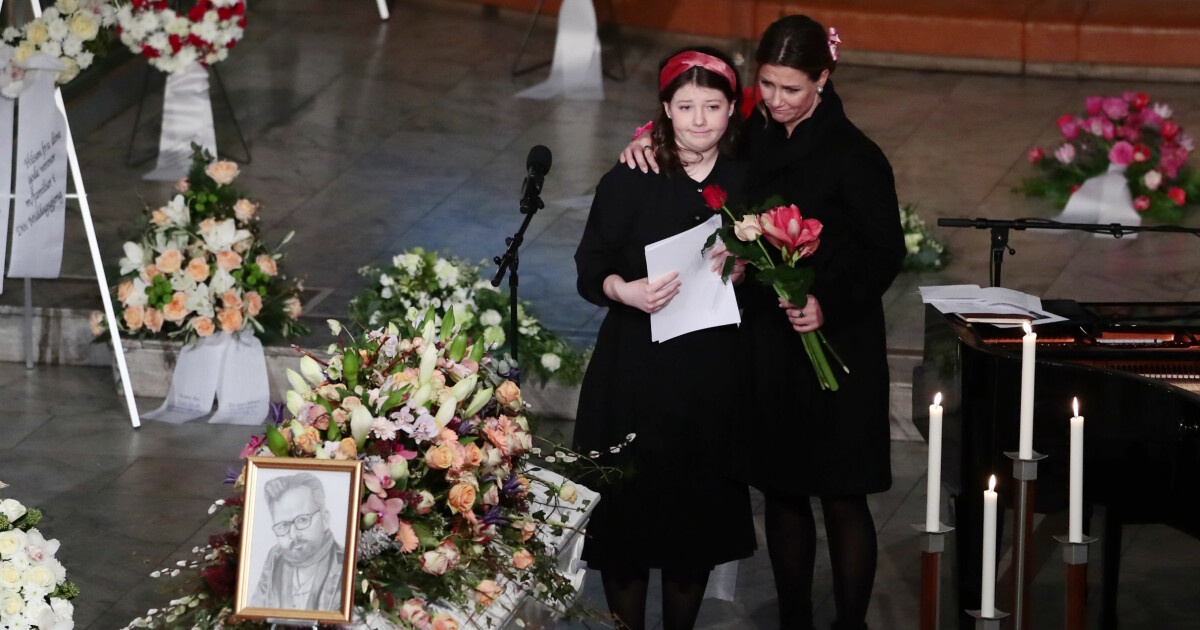 On January 3 this year, an entire country was moved to tears when Maud Angelica Behn spoke at Ari Behn’s funeral at Oslo Cathedral.

In retrospect, the 17-year-old was praised for his words, and this year was named “The Bravest Woman of the Year” by women’s magazine “Tara”.

In an open interview with the magazine, the daughter tells about the funeral together with mother Märtha Louise, she missed her father and her interest in art.

When she lost her father on Christmas Day last year, life was turned upside down.

Speaking at the funeral, the then 16-year-old girl emphasized the importance of shedding light on the topic of mental health, and that suicide is not the only way out for those struggling.

– It meant so much to me that I could get some value and something beautiful out of all the terrible things. And I felt like I could use that speech – to use my grief to say something to others, the 17-year-old told NTB earlier this year.

In the interview with Tara magazine, Maud Angelica says she wants to continue helping others who are struggling with suicidal thoughts.

Need someone to talk to?

– I couldn’t stop my father from committing suicide, but I might be able to prevent others, she says.

Princess Märtha Louise tells the magazine how proud she was and still is of her daughter.

– We have received several questions from people who said they intended to end their lives, but because of Maud’s speech, they did not. We’ve heard the same from organizations, she says.

Märtha Louise also says that Maud has collaborated with several schools and has put mental health on the agenda that began before Ari’s death.

Marianne Behn about Ari: – It was a combination of grief, pain and suffering

The 17-year-old remembers his father as a caring and proud father. In the time since her death, Maud Angelica has received good help from a psychologist and from a grief group in which she participated, but the months have been painful.

The daughter says in the interview with Tara that she was happy that the family chose to be open about the father who took his own life.

– I was not really part of that decision, but I like that we were open because then we can represent the next of kin so others can see that they are not alone in such a difficult situation. And that it can affect anyone, says Maud.

Earlier this year, the family gathered for a memorial exhibition at Galleri Varden in Moss. There the public was shown a selection of Ari Behn’s paintings – but also prints that Maud Angelica made herself.

– I really wanted to do a painting with him. But I was never allowed to do that, she said during the opening of the exhibition.

In the interview with Tara, Märtha talks about the first time she and Ari discovered that their daughter was artistic.

– The first time we discovered she had an artistic talent was when she started painting on the wall with porridge. Me: ‘Maud, what are you doing? This does not work! And Ari just: “No, this is art! “So we weren’t allowed to break the porridge that hung on the wall for a while.

Maud Angelica is the middle sibling and is currently on the art line at Oslo City Stone School. Märtha Louise says that her daughter always thinks about others and spreads a lot of love around her.

In the interview, Muaud also talks about the relationship with the two siblings Leah Isadora (15) and Emma Tallulah (12).

– I definitely don’t have the role of big sister, it’s Leah who does. I annoy them both by hugging them. But we love each other very much.

The entire interview with mother and daughter can be read in Tara.