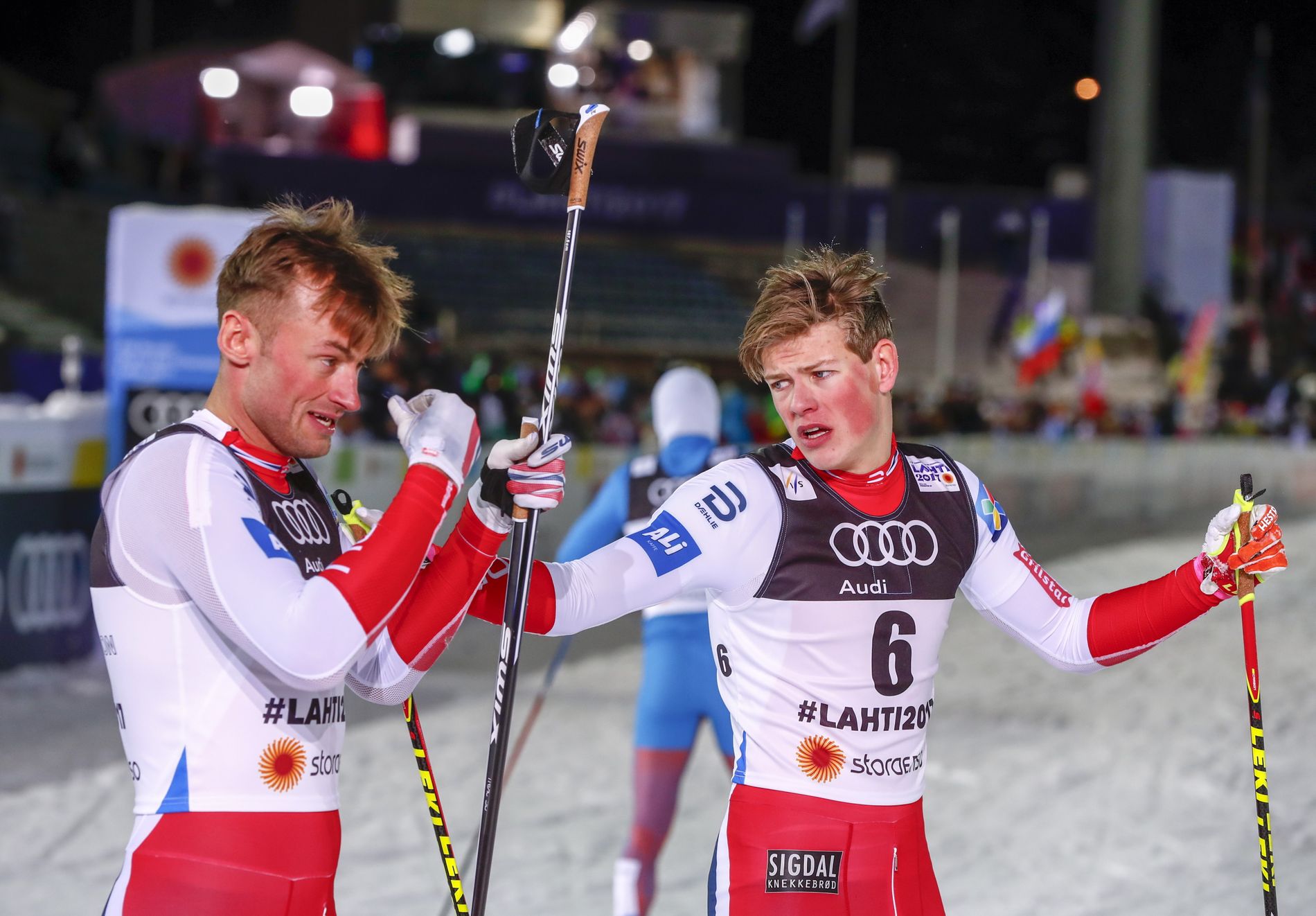 Johannes Høsflot Klæbo has passed the role model Petter Northug in the number of World Cup wins. At the age of 24 years.

Less than 40 minutes ago

– It’s really sick to think about. It’s not something I’ve focused on or thought about, but you get constant reminders of it here and there. Of course it means a lot, he is someone I have looked up to in the job for years, Klæbo told VG after the last start in the Finnish Ruka.

“Here and there” could be for example after the sprint in Drammen, when VG told him that he had only one victory behind Northug at the time.

With a win in both the ten-kilometer classic and the 15-kilometer chase start in Ruka, Finland, he hit Petter Northug as well as on the winning stats following this demonstration of strength:

– It’s absolutely great breaking that record. Then we’ll see how much we finish, but it’s well into the championship context, says Klæbo.

However, he has not been completely invincible this weekend. In the opening of the World Cup he was defeated by teammate Erik Valnes, but there were at least three wins in three attempts for the national sprint team.

– We kind of joked about whether it is now 3-0 for the “B-team”, said Klæbo when asked by Dagbladet about the dominance of the sprint team. Klæbo changed from all-round team to sprint for the season.

At the start of the hunt on Sunday, Klæbo waited for Emil Iversen and Aleksandr Bolshunov, who started half a minute behind. Although it was exciting towards the end, Klæbo kept up with a jerk in the usual style and parked the two rivals.

Klæbo’s lead was taken – the rivals asked in the sink

Iversen wasn’t particularly impressed with his own efforts when it mattered most.

– Just like last year I totally fail, I fought hard side by side with Bolshunov, but he probably had the best track. It’s a shame, but all the good things might be three, says Iversen, pointing out that Klæbo has parked him in the same way, in the same place, for the past two seasons.

PS! The aforementioned Petter Northug has released a Christmas song. It was thrown six by Emil Iversen, but a tougher two by the VG reviewer.