The Nordnet peaks earn fat on listing – the Norwegian CEO can be left with shares worth more than 20 million.

norway November 22, 2020 norway Comments Off on The Nordnet peaks earn fat on listing – the Norwegian CEO can be left with shares worth more than 20 million. 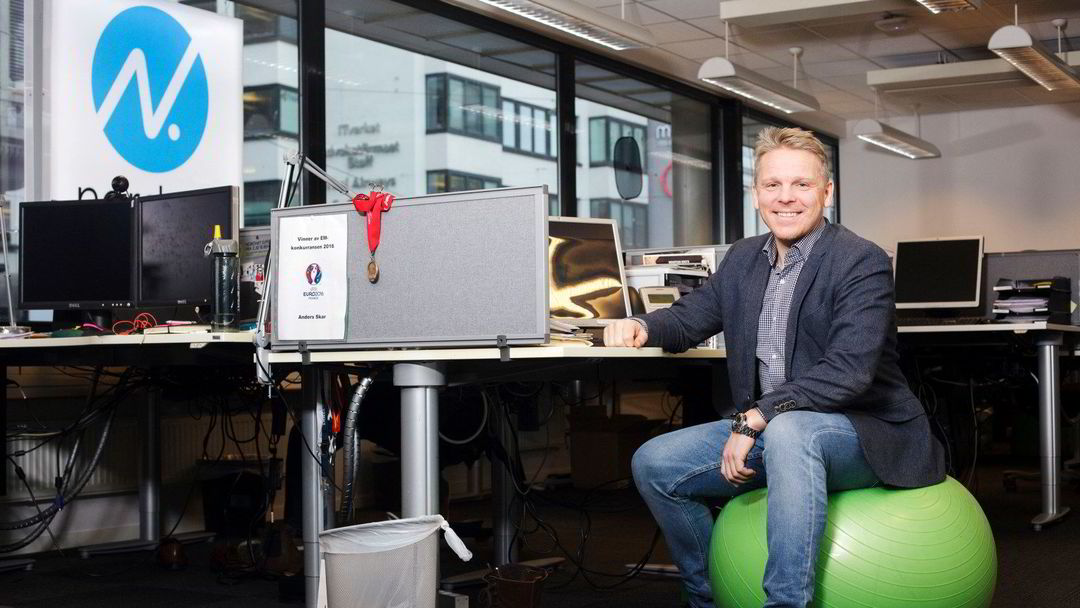 At the end of August, online broker Nordnet announced plans for a comeback on the Stockholm Stock Exchange. The first trading day is expected to be next Wednesday, November 25.

In the listing prospectus, the price per share was set at between SEK 88 and 104, which means a total market value of between SEK 22 and SE 26 billion, based on outstanding shares in the company.

In any case, the listing of the online broker will be good news for the management of the company. According to the Swedish newspaper Dagens Industri, the management could be left behind with shares in listed Nordnet for a total of 481 million Swedish kronor.

Almost half a billion.

No new shares will be issued in connection with the listing. Instead, it will be the current owners, the Nordic Capital investment fund and Öhmangruppen, who will sell.

The two bought the online broker three and a half years ago and are now going to sell a total of 94 million shares.

Assuming a price of 96 crowns per share, the mid-point of the broad subscription range, this means, for example, that Norwegian CEO Anders Skar will be sitting on shares for approximately SEK 19.9 million. This equates to approximately NOK 20.8 million at the current exchange rate.

According to the prospectus, he owns 207,420 shares in Nordnet through a limited company. He also has 210,084 so-called warrants or call options.

The largest shareholder, however, is CEO Lars-Åke Norling. He owns just over three million shares in Nordnet, and these will be worth about 288 million Swedish krona at a price of 96 kronor.

Overall, the management, ie Norling, Norwegian CEO Skar, the national directors of Finland, Sweden and Denmark, as well as a handful of executive vice-presidents, can hold shares worth almost half a billion Swedish kronor.

Dagens Industri’s calculation is based on a subscription price of SEK 96, so the value of management’s interests can be higher or lower – depending on the price per share. The possibilities of management have also not been taken into account in the calculation.

CEO Norling, for his part, has been given a so-called “lockup” period of 24 months. In other words, he cannot sell stock in two years. The “lock-up” period for other company management and board is 12 months.

Tom Dinkelspiel, chairman of the board of Nordnet, tells Dagens Industri that the management’s shareholding is the result of the company’s employee incentive program. However, he will not elaborate on the terms of the program and at the same time states that all employees have been given the opportunity to participate in the listing.

At the same time, DI asked Nordnet what management paid for the shares they hold. The chairman of the board, Dinkelspiel, has informed the newspaper that the cost of management will not be disclosed, as it is a private financial matter.

However, the employee stock program was described as “very beneficial,” and it is shown that the country manager in Sweden, Martin Ringberg, paid 30 cents each for their 34,352 shares in Nordnet. A price of NOK 96 per share in connection with a stock exchange listing means more than three times the cost price.

According to DI’s sources, CEO Norling is said to have invested between SEK 10 and SEK 15 million in his just over three million shares. So these could be worth 288 million when the company goes public.

DN stated earlier that this year more and more Norwegians have found their way to the stock exchange via the online broker.

In the first half of the year, Nordnet achieved a record result as the number of customers grew by 25 percent year-on-year.

Nordnet has been listed on the stock exchange for a number of years. It was listed on the Stockholm Stock Exchange as early as 1999, but was scrapped in 2016 when the Öhman Group and Nordic Capital took over the entire company. Significant investments have been made in private ownership.

Change Log: The calculation showing what Martin Ringberg’s shareholding could be worth has been corrected. (Conditions)Copyright Dagens Næringsliv AS and / or our suppliers. We would like you to share our cases via a link that leads directly to our pages. Copying or otherwise using (part of) the content may only take place with written permission or to the extent permitted by law. See here for more conditions.