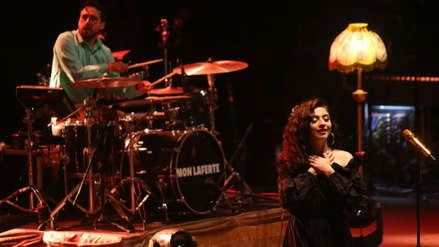 Mon Laferte demonstrated his musical versatility in the concert he performed on the Amphitheater of the Exhibition Park. Thanks to that, he overcame those present who filled the amphitheater and were enthusiastic about the show of the Chilean artist.

The show started with El David Aguilar, a Mexican musician who was accompanied only by his guitar. Soon after, the Latin Grammy winner came on stage and the concert started with the theme "The Kiss", whose video shines with the Mexican actor Diego Luna.

Between the big moments of the night, Mon Laferte surprised to pay tribute to Creole music with the theme "My private property", Which became a hymn in the voices of Fight against Reyes and Eva Ayllón.

The Chilean singer lived in Peru years ago, so she wrote several songs here. One of them is "Complete love"During her show she revealed that she wrote it in Lima and" I wrote it to a Peruvian, "she said.