An earthquake of magnitude 7.0 was registered in Ucayali this morning 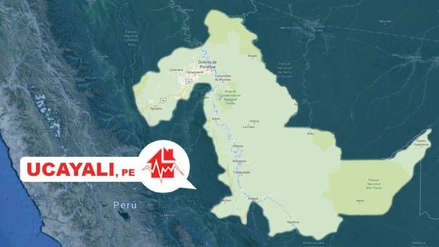 a earthquake of magnitude 7.0 It was registered in the region on Friday morning Ucayali, reported it Geophysical Institute of Peru (IGP). The telluric movement was also felt in regions such as Mothers of God, Apurímac, Cusco and Moqueguaaccording to sources of the Institute for Civil Protection (Indeci).

The earthquake was given 04.04 hours and his epicenter was 123 kilometers South of Puerto Esperanza, capital of the ucayalina province Purus. According to the IGP, who initially reported that the movement of magnitude was 6.8 and then updated the figure to 7.0, the depth was 616 km. and the intensity of III-IV Puerto Esperanza.

Damage that has not yet been reported

The boss of Indeci, the general EP Jorge Chávez Cresta he said to this morning The Rotary of the Air from RPP News that, according to a preliminary report, no damage has been ascertained by the strong earthquake that shook the Ucayali region. He pointed out, however, that is expected to receive information from remote communities and cities that may have been affected by the shake

"We will receive a new report in the next hour to see the circumstances in which it has developed. We will wait another hour (to confirm) if the impact of the earthquake has hit a community and populated center, "said the general, and Chavez also explained that the depth of the hypocenter, more than 600 kilometers, prevent the effects of the earthquake from being devastating on the surface.