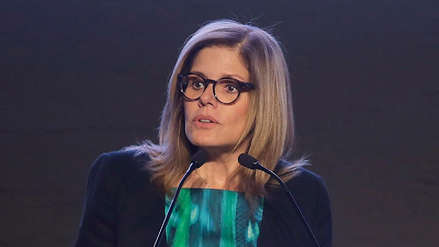 The Vice President of the Republic, Mercedes Aráoz, considered this Sunday that the approval in the parliament to increase the payment of the Compensation for time of services CTS The EsSalud workers were a "populist" measure of a group of congressmen who wanted to represent their interests.

As he explained, the norm got the support of parliamentarians as Milagros Salazar and Second Tapia from Fuerza Popular, who are related to EsSalud. Moreover, he said that the measure only tries to please a part of the population of 1,200 people.

"There are people interested, the congressman Milagros Salazar who was a speaker and furiously came out and said it without shame in the plenary. The congressmen can not find their own interests, she is a nurse with a license from EsSalud. The congressman Second Tapia, who is also a doctor, was one of the first to come out to say that the law had to be carried out, that is, they have legislation for their own sack. What is that? "Said the pre-government parliamentary Sunday Fourth power.

The Congress of the Republic last Thursday passed the law that increases the payment of the Compensation for Time of Services (CTS) to the employees of EsSalud, representing an additional expense of S / 700 million over the next three years for this institution.

Aráoz said she and three other MPs were in agreement with the constitution and they did not vote for the rule. He added that those who voted positively are afraid of being prosecuted later.

"The truth for me also worries me because there were four of us who were consistent with our constitution and we said that we would not vote favorably on this rule and we voted against it, because it is very clear that others have voted with fear because they are afraid to go to a place and meet EsSalud nurses and claim them. & # 39;

The former minister has also thought about that EsSalud recently there was a change in the salary scale, so this measure is not justified. In that line he called to be consistent in favor of the country.