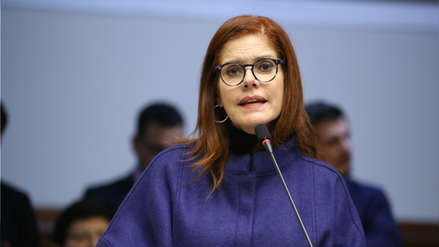 The Vice President of the Republic, Mercedes Aráoz, said the criticism of the leader of Fuerza Popular, Keiko Fujimori, about political reform they are "drowned manotazos" before the loss of popularity expressed in recent surveys.

The parliamentarian also said in statements to the Agencia Andina that does not see populism in the proposals of the government of Martín Vizcarrasuch as the return to bicamerality, regulate the private financing of the political parties and the non-re-election of congressmen.

Through a video that spread through social networks, the former presidential candidate Keiko Fujimori The executive's initiatives were described as "centralist populism".

"I want to say that Popular Force it will not raise any obstacles or delay a debate on the non-re-election of Congressmen or the Bicameraladad, but the urgency with which they propose the referendum does not match the needs of the country, "he said.