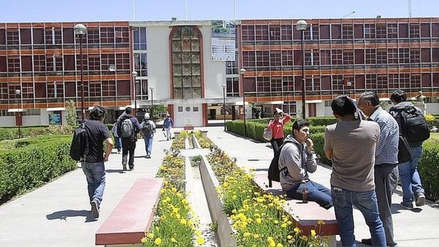 The rector of the university, Rohel Sánchez, said that a professor's complaint to a pre-university academy is about sabotage that is trying to harm UNSA's image.

The message was shared by one of his contacts who also received the information, indicating that these images are circulating in different groups of people. WhatsApp before and during the knowledge test.

The images that were distributed belong to the entrance exam of the biomedical area that was made this Sunday. The teacher compared some of WhatsApp's questions and coincided with the same questions of the test, for which he asked the Augustine authorities to conduct an investigation into the case.

The Rector has also announced that the new admission process will be implemented completely free on 9 September for the 14,000 applicants who want to achieve one of the 890 vacancies in the 37 professional schools.