César Álvarez was sentenced to two years in prison 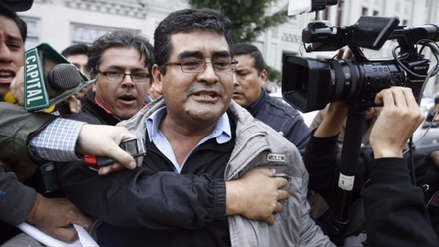 The former president of the regional government of Ancash, César Álvarez Aguilar, was sentenced to two years in prison without actual freedom after he was held responsible for the offense against public administration in the form of eclipse at the expense of the state.

The judge of the Sixth Unipersonal Criminal Court, specializing in Corruption Crimes or Officials of the Superior Court of Justice of Santa, Joseph Arequipeño Rios, decided that Álvarez stays in the Criminal Piedras Gordas Prisonyou also have to pay a rCivil expansion up to 300 thousand soles in favor of the state.

The verdict for misappropriation of funds disqualifies the former official for the same term in the public office.

The facts for which he had been sentenced date back to 2013, when the highest regional authority announced through various media the need to complete the work with a value of 150 million soles, although there was evidence of a lack of budget that guarantees the right version. This has led to these works being inconclusive and affecting the budgets of other goals that are intended for the execution of projects.

The works influenced by regional officials in this Act are the Work of water and sewerage in the Bellamar neighborhood sector IV of the district Nuevo Chimbote with a value of 9 million 422,000 058.21 soles, the medical post of Magdalena Nueva valued at 2 million 998 thousand 820.88 and the improvement of IE 1537 of the PP.JJ. Villamaría valued at 1 million 622 thousand 056.29 feet soles.

César Álvarez it has other open procedures against it, including the La Centralita case, for which the Public Prosecutor demanded 30 years' imprisonment; as well as his supposed participation in the crime of former regional councilor Ezequiel Nolasco; the murder of Hilda Bracamonte and other corruption processes.