Chiclayo: they rob the home of the parents of congressman Clemente Flores 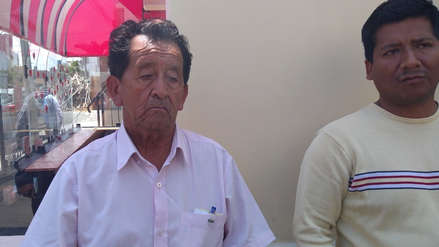 The offenders of arrived early in the house of the Flores Vílchez family located on the Los Limoneros street in the urbanization Santa Victoria in Chiclayo (Lambayeque region) and managed to take different electronic equipment, with a value of more than 11 thousand soles.

The complaint was lodged by Rudórico Flores Vega (73), father of Lambayeque congressman Clemente Flores Vílchez, who arrived at the headquarters of the Ministry of Criminal Investigation (Depincri) Chiclayo, accompanied by his son Porfirio Flores Vílchez and his wife Elisa Vílchez Gavidia (60).

As detailed, it was at 4 o'clock in the morning that Mrs. Elisa heard a loud noise, When he noticed it, he realized that the door was open, at the notice that they were all waking up in the house and discovered that they were the victims of a robbery.

"They have entered the dormitories and are the mobile phones of my son, my niece, also a television that my son gave me and the computers that were in the office. Everything comes down to more than 11 thousand soles ", he explained.

his part, Porfirio Flores Vílchez, brother of the congressman, asked for more security in the area and interrogated the work of the chief of police in Lambayeque, General Lucas Núñez Córdova, on this issue.

"We need more security for the whole population, I do not know what the general does with the security of civilians, this is a residential area. We demand that the competent authorities do their job well" stated he is very hurt.

The Flores Vílchez family does not rule out that she slept in one way or another, because nobody felt anything. According to the patriarch of the family the thieves came in by climbing a wall to enter through a window on the second floor. They walked into his house as Pedro and took everything that had been stolen through the front door.