peru October 1, 2018 Nation, peru Comments Off on Criminals shot down the police who had thwarted the attack on the bank office in Villa El Salvador 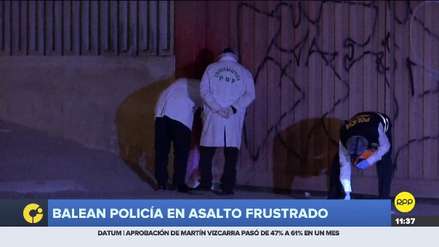 The sub-officer Dilver Herrera Rubio, agent of the Black Eagles, of the National police, got two bullet wounds in chest and shoulder after he had faced two criminals who were trying to invade a bank agency Villa El Salvador.

According to police information, at 8 pm. On Sunday two boys stayed in black jackets at the bank agency in a supermarket. The police officer discovered this suspicious attitude, so he intervened.

"The third-class technician intervened immediately and received firearm responses in response, the NCO declined the attack and a perpetrator would be wounded and escaped with the help of the other criminal," said one officer.

The shooting left up to seven bullet casings in the area. The criminals fled through the Panamericana Sur. The police found a gun, as well as a cap and a bulletproof vest.