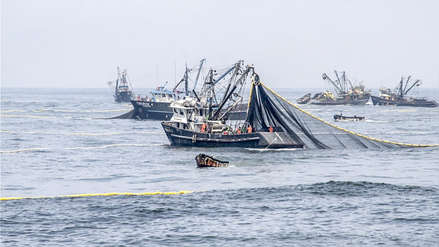 Four crew members of the fishing boat "Isabella I" were rescued alive last Wednesday, 150 miles from the harbor Bayovar, in Piura, after the remaining 42 days disappeared at sea.

Three of the survivors are from Ilo (Moquegua), where they are boarded, and the fourth has stepped into the boat. Pucusana (Lima) on 12 July, the date on which the crew maintained its last communication with the maritime authorities. Noé Lupaca Mamani (boat pattern), José Elvis Flores Monteagudo and Noé Mamani Flores They have started Ilo and are the only ones identified.

The crew of the boat "Isabella I" was assisted in Salaverry and arrived at the San Pedro landing in Bayóvar – Sechura, where they receive medical assistance. The crew members are in good condition together with their family members in the Sechura Health Center.

The doctor Francis Llontop They were diagnosed with moderate dehydration and low weight. They told them they were making smoke signals so that some boats saw them, and it was at Salaverry's peak that they helped them until they reached Sechura.

The fishermen said that they had to eat a small part of the rice every day to survive and now ask for support from the citizens to return to their place of origin, Arequipa, Moquegua and Ilo. The ship "Isabella I" It was towed by the boat "Arca II" and arrived on land yesterday (Thursday), according to the captain of the jurisdiction, commander Roberto Texeira.