The candidate for the district of Chilca, in Huancayo, Víctor Ochante, condemned who found a human finger in a bouillon of tripe which he ate at a restaurant in the center of that town.

"When I was at the end (from taking the soup), I realized that there was a fairly long prey, I told the owner what it was because it did not look like the meat of an animal", told the district's aspirant the local press. 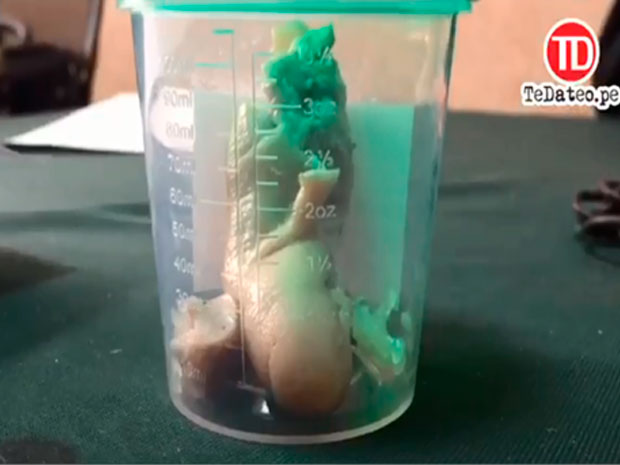 "The doctor indicated that it was a human finger and we are waiting for the prosecutor to see what action will be taken," Ochante reproached.
Finally, he said that he now hopes to find out who this severed member belongs to, whose images were published on Facebook.

For its part, the cook of the local Fortunata Ramos denied that he had served a human finger in the broth. Even health specialists indicated that it would be a pig's tail.

"I keep what I sell and yesterday I sold nothing, after what he did to me, because he came serenazgo … they have already done me a great deal of damage".

After this, the candidate Víctor Ochante accepted his mistake and indicated that he would pay 280 soles to the woman to compensate for the damage caused.