"I am not worth 15 thousand soles": the testimony of the excajera accused of being an accomplice in a bank robbery 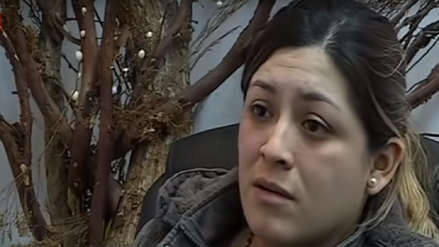 "I have regretted a thousand times, danced a thousand times, because maybe if I had not danced the same, they would have blamed me," said Shirley Diaz Huerta, former BCP Brena which was searched by the police because he allegedly had participated as an accomplice in the attack on the bank agency that took place on 23 June. For information about your place of residence, the rewards program of the Ministry of Internal Affairs offered 15 thousand soles.

Shirley aroused the suspicion of the National Police because in the security cameras of the BCP based on Venezuela Avenue seems to dance in front of a glass screen. This behavior was interpreted as a warning sign for the criminals.

In an interview awarded to Panamericana TV She explained that on the day of the attack she heard a loud noise and thought something had fallen on the cleaning lady in the hall, but she saw a man wearing a balaclava dressed in black on the glass door. .

"The cleaning lady came running and then we all locked ourselves in the safe," he added, adding that he called the mobile phone from his partner Miguel Villanueva Paz (employee of another branch of the BCP) so he contacted me. with the warning from the bank and then contacted the 105.

"A girl answered me, I call him and tell him that he is crying that they are stealing on the couch and he asks me for my information, I give him my full name, Shirley Lorena Díaz Huerta, crying and scared, they answer me and calm down that we are going to activate the enclosure plan, "he added.

The security guard of the bank, Isaías Canales Chávez, told the police that he only used the word "hot chocolate" & # 39; need to say so that the criminals would release terror in the bank agency. Moreover, he accused the love of Shirley, Miguel Villanueva, of being involved in the crime.

For this reason, Villanueva Paz is held in a prison with nine months of preventive detention for the duration of the investigation against him because he is accused of being "the attacker's informer" about the movements and transactions of his colleagues.

"I am not worth 15 thousand soles, what am I an object?, the criminals walk the streets, there are innocent people like my boyfriend and I that I'm going to give myself because I did not do anything because I'm tired of my face appearing in the news, I want them to help me, that the prosecutors everything investigate ", said the young woman with a trembling and broken voice.

The video cameras that have been installed in the Breña district have captured the moment when the National Police arrested two of the five criminals who attacked the bank agency in the 12th block of Venezuela Avenue.

In the pictures you see a police patrol car parked in the middle of one of the tracks of Tingo María Avenue, which interrupted the traffic close to the intersection with Jirón Zorritos, while several agents, who point with guns, approaching a man who passes the lane. The subject is surrounded and then reduced. A few steps, another is also reduced by the agents.