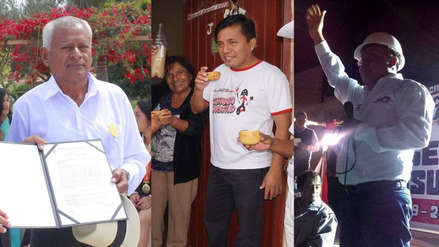 The vol National elections Jury rHe threw the candidate Javier Castro Cruz, who tried the mayor of José Leonardo Ortiz for the third time, for the Peruvian Aprista party.

This after he was aware of the outcome of the public hearing that was completed on 20 August and in which Resolution Nr. 01008-2018-CHYO / JNE was overthrown, with the Chiclayo Special Electoral Jury admitting the tacha filed against him.

In this regard, Javier Castro Cruz, accused of omitting court rulings on his resume, in dialogue with RPP News, he said the decision decapitated his list and forced them to reconsider his campaign with the party leadership.

With the withdrawal of Javier Cruz's candidacy in José Leonardo Ortiz, add another drop of candidates for the district mayor of this political party, whereby candidates were also withdrawn to the provincial municipalities of Chiclayo and Ferreñafe, as well as the candidate list Regional government of Lambayeque.

On the other hand, the eleven candidates of the Popular Action Party live in a different situation, who filed their complaint against Chiclayo's Special Electoral Court because their temporary registration was declared inadmissible and the National Jury of Elections declared an appeal.

Popular action candidate district Monsefú, Heinz Farroñay Llontop, said that while they remained outside the campaign for almost two months, they resumed their activities with the conviction to explain their proposals to the electorate in the remaining days before 7 October.

It was striking that all admitted candidates had already been removed from the platform of candidates of the National Elections Council, as we show in pictures.