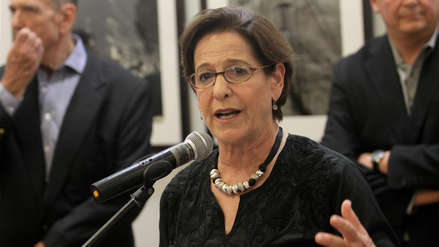 Intricate days pass for the former mayor of Lima, Susana Villarán, after the Judicial Power ordered to freeze the stake it has in 17 stores located in the district Miraflores. She shares these properties in the passage El Suche with his brothers and his ex-husband.

The national system specializing in offenses of corruption of civil servants ordered the measure to provide for the civil compensation payments that would be paid in case of debt for the supposed contributions of Odebrecht and OAS to the campaign from the & # 39; NO to the revocation & # 39;

According to the Sunday panorama, the order also reaches its former general manager of the municipality of Lima, José Miguel Castro, which is also being examined by the bribery and money laundering. In your case, there are 2 properties, including your home, that are included.

Both can not sell these assets or provide mortgage. The Sunday tried to communicate with the people involved without success, so we expect a reaction from the former mayor. This restriction is added to the obstacle to leave the country for 12 months, inserted by the judiciary in August last year.