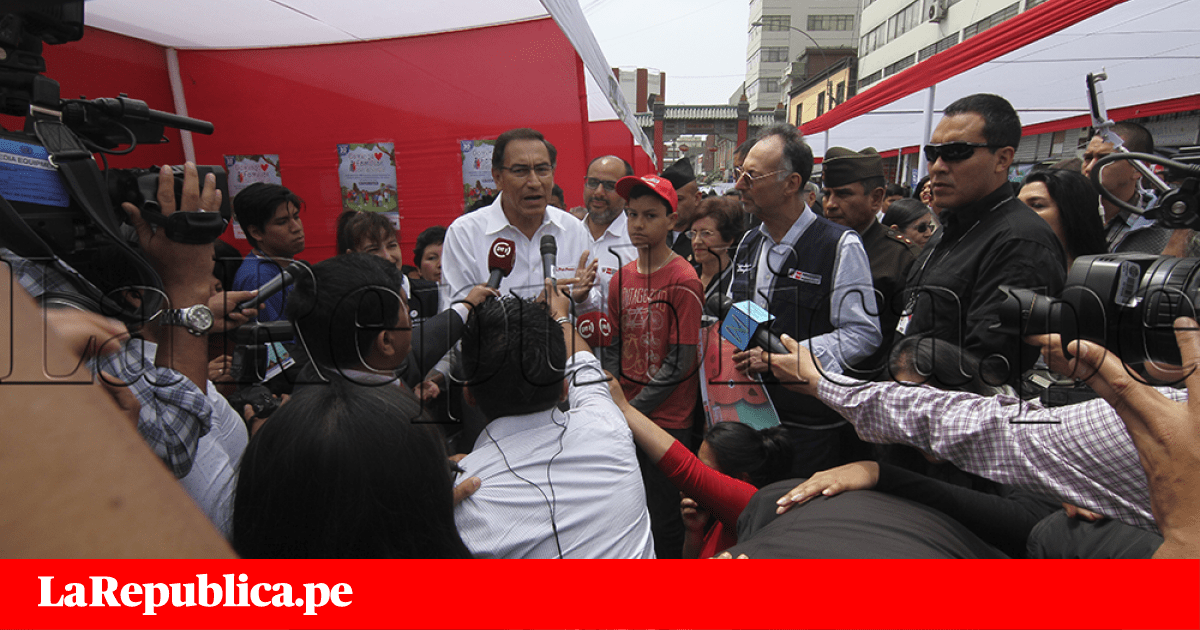 The President of the Republic, Martín Vizcarra, questioned that the Permanent Commission has "acquitted" César Hinostroza and do not blame him for the crime of the criminal organization for allegedly integrating the Los Cuellos Blancos del Puerto & # 39;

"I hope that when [el informe] come to the plenary, each of the congressmen makes a detailed analysis, because it will be absolutely clear who really wants to fight corruption and want to define a kind of minor sanction. But if we want to fight corruption, we need to be drastic and energetic if we identify it, "he said.

The president indicated that "there is evidence" against it César Hinostroza thanks to the work of prosecutors Sandra Castro and Rocío Sánchez, who have drawn up a report showing that the suspended high court and the current prosecutor of the nation, Pedro Chávarry, are part of Los Cuellos Blancos del Puerto & # 39;

In that sense, the Head of State He assured that in every region visiting the Peruvians he is being asked to fight against corruption and that the congressmen representing each region in the Parliament are "responsible" for the decision they make.

"When they vote in the plenary session as judge Hinostroza is part of a criminal organizationIf they say yes or no, they have to go to their village to answer the vote. And here I want to see who really wants to fight corruption and want to avoid this effort that we have now committed to lead with all Peruvians, "he said.