Migrations: Migration control of Venezuelans with a passport started normally and without incident 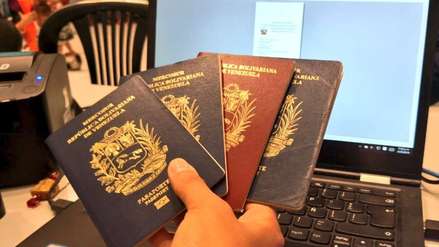 the National Superintendence of Migrations reported that from midnight on Saturday, August 25 the immigration check with passport of Venezuelan citizens & # 39; normal and without incident & # 39; was activated, demand made by the Peruvian state, in the Binational Border Service Center (CEBAF), in Tumbes.

"This procedure went smoothly and in some cases exceptions were made, in the case of mothers and fathers with underage children, pregnant women and the elderly," they said in a statement.

In the early morning hours there was a lower influx of migrants in the CEBAF Tumbesas opposed to the day before, when queues were formed to process the entry, taking into account the fact that one could still enter Peruvian territory with an identity card.

In order to guarantee the attention to migrants who arrived in the migration area before 00.00 hours, tickets were handed out so that the control was carried out in an orderly manner. Representatives of the Public Prosecution Service and the National Police were also present to contribute to order, respect for human rights and security in their place.

The actions taken by the Peruvian state with regard to the Venezuelan people are formulated in the principles of "orderly, safe and regular migration", as promoted by the United Nations, said the Superintendent Eduardo Sevilla Echevarría.

During the early morning hours, a group of Venezuelan citizens chose to take refuge in the office of the Ministry of Foreign Affairs in the CEBAF, with the support of the UN office for refugees and the NGO Encuentros.

The requirement to enter Peru only with a valid passport is being considered in a resolution of the National Migration Superintendence, published on its institutional portal. According to this standard, User Management and Management of Migration Services will be responsible for monitoring compliance. According to Migrations, 80% of Venezuelan citizens who enter Peru do so with a passport and 20% with an identity card.