Migrations: the passport requirements reduced the presence of Venezuelans on the border with Ecuador 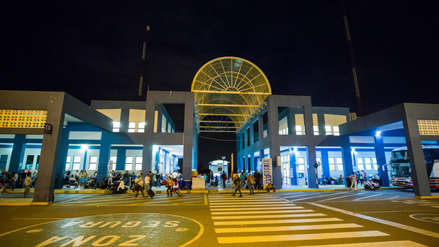 The presence of Venezuelan citizens in the Binationale knowledge center in Frontera de Tumbes (Cebaf) has decreased after the activation of the passport requirement that the government has ordered since last Saturday, August 25, as reported by the national superintendent of migration, Eduardo Sevilla.

In statements for RPP News, the superintendent pointed out that after this measure 1,630 Venezuelans carried out their migration control in this first 24 hoursin contrast to previous weeks when the highest peak was 5,196 migrants per day in Cebaf de Tumbes.

"Of those 1630 who entered the national territory, 286 are minors with a birth certificate (under 9 years) and with a certificate (from 9 to 17 years old), accompanied by a father or mother," he said.

Eduardo Sevilla indicated that the percentage Venezuelan citizens Peru came in with a passport since the PTP was activated in January 2017. 80% of the 408,000 Venezuelans on the national territory are registered with a passport and 20% with ID.

Like the 286 minors who entered Peru, the migrant inspector indicated that 19 mothers who had correctly identified their children managed to enter with ID.

The head of Migrations, Eduardo Sevilla, has the Venezuelan citizens Immediately withdraw the temporary residence permit (PTP) and carry out the procedures to obtain or renew your passport. "Passing passport is not allowed", he said.

Sevilla indicated that those who can not renew their document within a year, can apply to the Resident special migrant quality under certain conditions, including failure to register violations or offenses for 12 months. "It's like a kind of immigration card that allows you to continue to tax, work or study for another year," he explained.

Migration in Ecuador, Colombia and Peru

He also indicated that he is in constant conversation with his counterparts Ecuador and Colombia Know the requirements of each country with regard to the Venezuelan migration and exchange data and figures in this way.

"There was a pending issue about the progress of the exchange of facts that could have been registered in every country during the stay and the expatriation of Venezuelan citizens," he added. "We will evaluate and share the results of the internal migration policy."