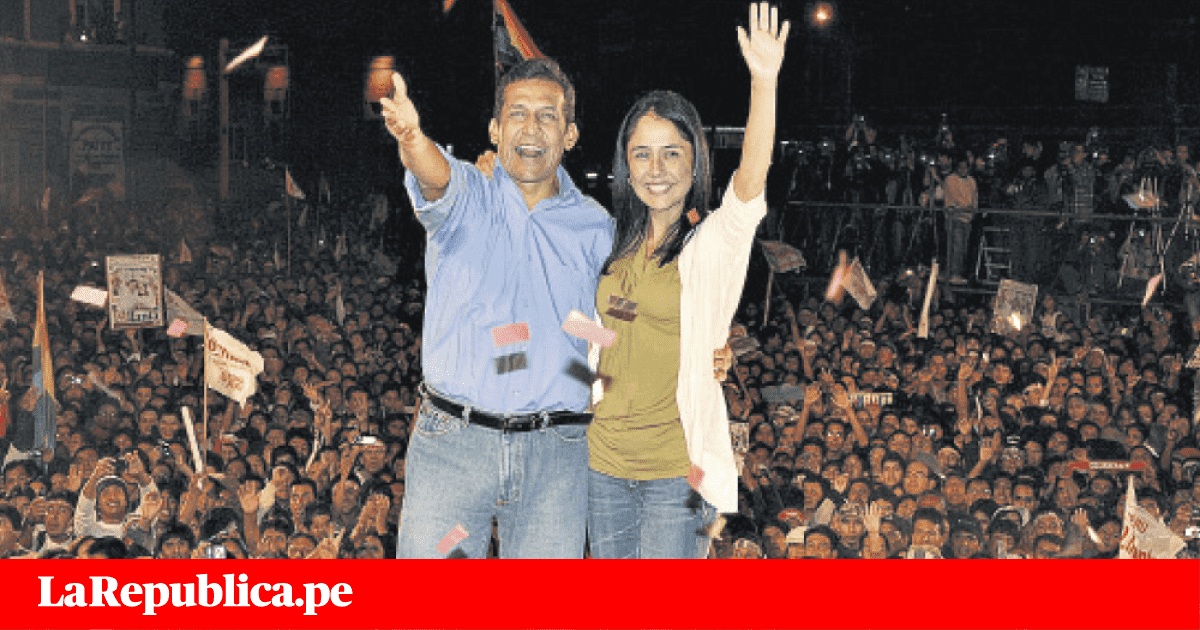 The businessman Marcelo Bahia Odebrecht He presented more than 1200 pages of emails and bank statements to the group of prosecutors of the Task Force of the Attorney General of Brazil, the newspaper Estado de Sao Paulo, Brazil reported.

His lawyers explained that these documents are the result of the revision of the mirror copy of the memory of his notebook, in the hands of the authorities, which he had access to last December when he was released from prison. The memory had an estimated 480 thousand e-mails, 230 thousand attachments and 70 thousand documents.

Since leaving the prison, the employer has focused on selecting this material, grouping it on research topics, to provide it to the authorities.

In one of the appendices numbered 4.2.5 he gave nine impressions regarding the money route for the contributions for more than 3 million that the construction company would have done to the Ollanta Humala campaign and the Nationalist party in Peru, at the 2011 elections.

Four impressions are referred to five payment orders for a total amount of 1 & # 39; 239,896.38 dollars. The contributions are identified with the codinoom "Campanha Nac 3". The code "OH program" does not appear in the documents delivered on this occasion. Other additional documents, bank statements, refer to "Italo-Italiano-Election Peru".

Of the five payment orders, four are addressed to Credicorp Bank Panama and have the company Construmaq SA, with address on Elías Aguirre Street 126-Dpto. 904, in Miraflores.

The fifth transfer per 100,000 has been registered with the codinome "Super Novos" and was made on 19 September 2011 from Wanchovia Bank on an account in the First Caribbean Bank International Bank, which as a beneficiary has Wheaton Corporation SA in Panama.

Construmaq is part of a network of companies, inside and outside the country, led by Eduardo Monteverde Bussalleu and that would have served that Odebrecht withdraw and withdraw money from Peru, pay a bribe, pay taxes or conduct election campaigns.

Marcelo Odebrecht He also provided a report of the Paulistinha payroll in reals, where payments were made Brazil, in relation to the "Campanha Nac 3".

In this form, three payments were made on May 9, 2011 for $ 233,334 each. According to the exchange rate, a first tranche was intended for 364 thousand reais. It is not specified where the money was delivered, nor who the recipient was.

Subsequently, the other two deliveries for 420 thousand reais were made at the Quality Hotel to a person identified as William, at 2.30 pm.

Again, they are deposits after the election campaign, which do not coincide with the statement of the effective employee Jorge Barata and Marcelo Odebrecht. Barata spoke about contributions between September 2010 and June 2011, the Nationalist Party stressed in a public statement.

The Nationalist Party urges that contributions from the Odebrecht construction company in the Ollanta Humala campaign be refused at the 2011 presidential election.

In the first e-mail, on Sunday, April 17, 2011, Marcelo Odebrecht communicates with Hilberto da Silva that LM (we assume that Luiz Mameri) will use US $ 3 credit for the country of JB (Jorge Barata). He explains that the Italian has told him that he has a balance of 6.5 reais to pay JD and that he sees if there is that value to pay and that his "friend from Bahia" would try to plan more 16 reais. This e-mail has the following subject: Italian account.

In the first message Benedicto da Silva asks Marcelo Odebrecht if he knows that Humala's campaign advice is in charge of the publicist (Valdemir) Garreta of the OAS team.

Odebrecht replies on May 16 at 4:25:20 pm to Da Silva, with a copy to Luiz Antonio Mameri: "Yes, I have told you a few weeks to talk about approaching before OAS occupies all areas".

At 4:34:23 PM Luiz Antonio Mameri responds to Marcelo Odebrecht, Benedicto da Silva and includes Jorge Barata: "We have been talking to him for weeks, tomorrow there will be a meeting with him."

Da Silva replies to Odebrecht, at 7:13:23 pm: "That means that we invent the wheel for every movement and lose the dynamic that was overcome earlier, that guy has to upset the class."

To which Odebrecht replied on 8 May at 8:17 pm: "In this case this PT staff has been lighting Latin America for a long time, given by my father's girlfriend, Italian and tycoon."

On June 21, 2011, at 13:06, Marcelo Odebrecht sends another e-mail to Luiz Antonio Mameri, without subject, in which he says that "it is to mention that the success of the event was with the Italian, friend of my father and not the PT and it is important to say nothing about the size of your current account with the Italian, because only my father's friend knows. "

In the letter in which Odebrecht's lawyers present these documents to the Lava Jato Task Force, they repeat that this information may not be shared with another country without the prior signing of a non-criminalization agreement. Odebrecht nor to its officials, because of the criminal and administrative consequences that this information can bring. Peru has access to the information once the agreement has been signed.

Humala: "Odebrecht denies Barata when he gives his statement"

– Former President Ollanta Humala insisted on denying that he had received money from Odebrecht or from a corporate consortium in an election campaign. "I feel furious, there is no evidence, and I do not have any foreign accounts that I have not specified," he said in the Canal N's & # 39; 20/18 & # 39;

According to the nationalist, all the information that goes against him today has political goals. "I see that the situation of President Vizcarra is somewhat precarious, Mrs. Keiko Fujimori tries to conquer the state, I tell the president not to give in. He uses the referendum as a powerful weapon, but with that very little has been done. I would tell him to propose a new Constituent Assembly, "he ordered.

In that sense, Humala assured him that he was telling the truth, and those who lie are the officers of the Brazilian company. "Marcelo Odebrecht denies Barata in his statement, wants to entertain us with the issue of political campaigns," he said.

– Previously, after the information provided by Marcelo Odebrecht In Brazil, the Peruvian Nationalist Party defended its top leaders, Ollanta Humala and Nadine Heredia.

– They stressed that the dates given by witnesses and effective staff for the delivery of money do not coincide with those of the transfers that occur in documents delivered to the Lava Jato Task Force. Barata and Odebrecht spoke of contributions until the elections on 5 May 2011. The documents require money transfers after June and until the end of the year.