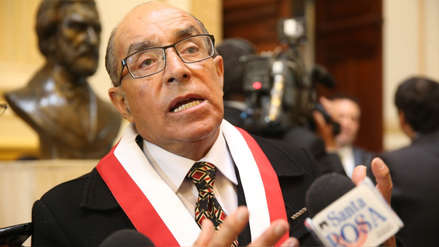 The second liquidating criminal room of the Supreme Court of Lima sentenced to 5 years and 6 months of imprisonment to congressman Edwin Donayre, for the alleged unauthorized appropriation of fuel in the Peruvian army, in 2006, in the event known as "Gasolinazo & # 39 ;.

The court reported that it will take action before the Supreme Court to waive the immunity of the Alliance for Progress (APP) congressman. Donayre, congressman for Ayacucho, was not present when reading the sentence.

Donayre is seen as the perpetrator of a crime embezzlement at petrol theft assigned to the 1st Brigade of the Special Forces of the Army and the Southern Military Region, between January and November 2006, during the second government of Alan García.

According to the indictment, Donayre, who was a general of the army, and another 40, would have administered, requested and received oil and petrol of 84 octanes between January and November 2006 for extraordinary fuel orders, to benefit economically. According to the public prosecutor, the fuel would have been diverted to private cranes.

The newspaper The Republic He reported that the chief prosecutor responsible for the case, Escarleth Laura Escalante, argued during the trial that not only the army was stolen fuel, but also an attempt was made to hide this crime with false or false information.

The Prosecution alleges that the inappropriate removal of petrol was a practice involving several military leaders. For that reason, in addition to Donayre, 16 officers and 5 generals were processed. In this case, the public prosecutor had applied for 10 years in prison for Edwin Donayre.