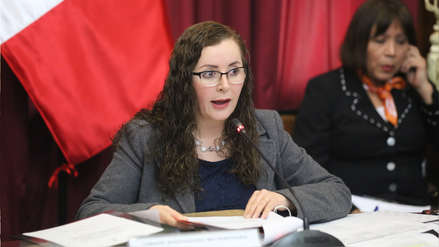 The chairman of the Lava Jato committee of the Congress, Rosa Bartrasaid the economic damage caused by the company Odebrecht the Peruvian government exceeds "four figures" in millions of dollars.

"The exact figure will be made public once the working group approves its final report," he said at a press conference.

The legislator of Popular Force He explained that the Brazilian multinational has gone through the structures of the three levels of government: national, regional and local.

Bartra explained that it was established that the construction company acted in all projects in the same way. "He used a covert pact that paved the way for a series of actions, both government and part of the companies," he said.

The president of the Lava Jato Commission He noted that the final report on four projects was approved: Interoceánica del Sur, the Lima Convention Center, the Antonio Lorena hospital in Cusco and the Chaglla hydroelectric power station.

Moreover, he assured that at the request of some members of the committee was asked to add them to other natural and legal persons, so that they can be examined.

Rosa Bartra He also said that so far 18 constitutional accusations are being evaluated, 116 criminal, 25 administrative and 4 civil responsibility.