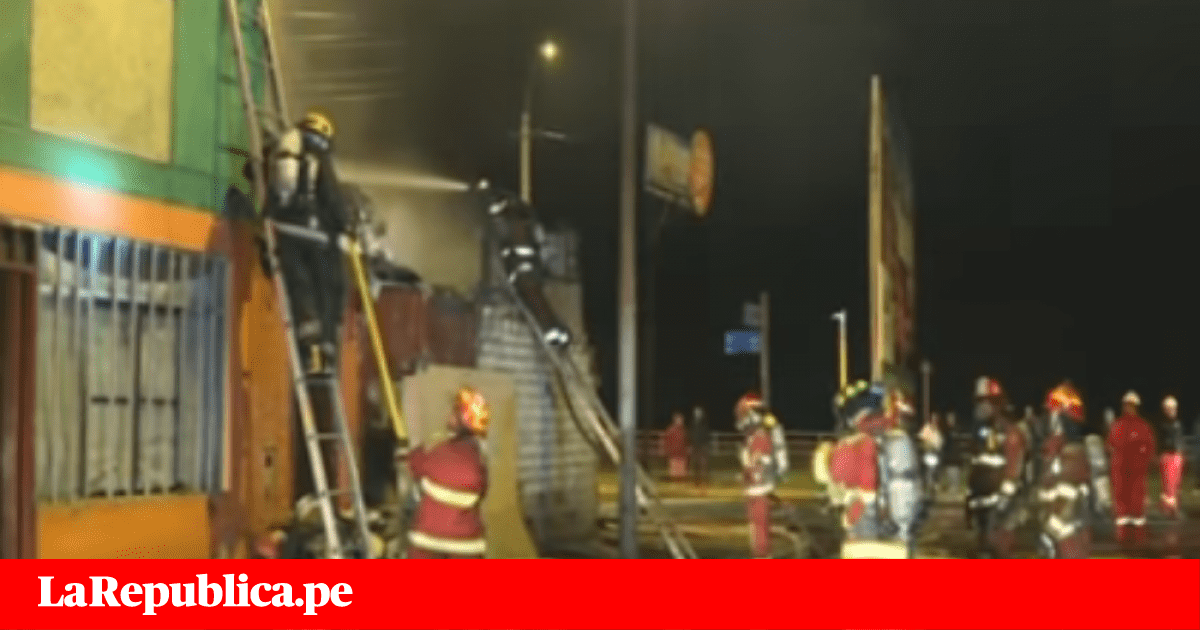 A fire took place in the early hours of Monday morning in the district San Miguel caused great panic in the neighbors because it was not the first time that it happened in the same place. The location of the wreck was a deposit at the junction of the Jirón Echenique, in the Costanera.

After the first signs of smoke from the building that continued to work despite the closure imposed by the municipality, the neighbors were warned and contacted the General Fire Department to soften the fire.

It was also known that in the housing a person lived who was responsible for the care of the place, but was not injured by the incident. Flammable material contained scraps, rust, cardboard, wood and other tools that only inflamed the flames.

The people who woke up and were very close to the smoke went out on the streets to be safe from the fire. After a few hours, the firefighters could keep the flames under control while the neighbors used their anxiety and indignation shortly afterwards because it was not the first time they had enrolled.

staff serenazgo district who came on the spot, also told the citizens to support that even a block of concrete was placed in the door of the establishment to keep it from working. However, the measure was in vain, so everyone urged the authorities to pay more attention to their claims.