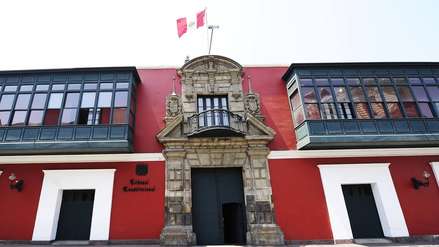 the Constitutional Court planned for August 24 the review of unconstitutionality actions that seek to cancel the so-called State advertising law in private media. During the hearing, which will be held at the headquarters of the city of Arequipa, the arguments of the Congress will be heard Gilbert Violeta, who represents another 33 MPs who are opposed to this rule. The presidency of the Council of Ministers, represented by the constitutional lawyer, will also be presented Luis Huerta Guerrero.

The Ombudsman, too, Walter Gutiérrez, will stand for the plenary meeting Constitutional Court a amicus curiae (appeal brought by outsiders on a case to intervene and to offer specialized technical contributions) to put forward arguments to promote the protection of the rights of citizens to the information.

"The focus of the Ombudsman's office is on the interests of the citizens." The Ombudsman's perspective is that it is a law with serious inadequacy. Those that have to do with the rights of citizens, restricting citizens' ability to inform themselves about their rights and the state's government policy, "Gutiérrez said in a conversation with RPP News.

the Ombudsman questioned the fact that this rule is by way of exception that private media are contracted for electoral purposes. He recalled, however, that the state should inform in the same way about the beginning of lessons, campaigns of social values, women's rights, health campaigns, and other topics.

"Here there has been discrimination that has no justification because on the one hand the Congress believes it must be contracted for election purposes, but the same thing did not happen for education and for health. This is why discrimination is involved that has consequences for vulnerable sectors. You can therefore not inform the right to information is violated and there is a violation of the right to equality, "he said.

On 15 May for the Committee on Transport and Communications of the Congress, Gutiérrez observed the then initiative of the law, with an emphasis on the need to ensure transparency and efficiency of expenditureensure that recruitment meets objective criteria and that the constitutional mandate regarding the duty of cooperation of the media with society is respected.